Does Galatians 5.19-21 Forbid the Use of Medicine 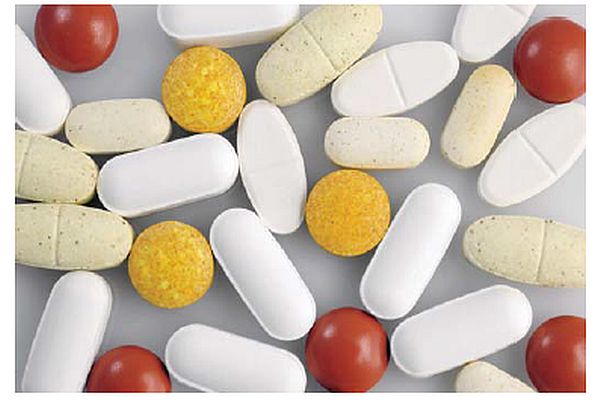 ​Some years ago, my wife was in a serious medical crisis requiring a medically induced coma to assist in her recovery. After several days of keeping watch, I commented to the attending nurse, “I count twenty-five medicines being administered.”

“Well,” she said, “that’s all you see right now….There’s more!” Remarkably, in the end, the medical cocktail created worked, and she eventually awoke to begin her season of healing. Keeping her alive required skill, patience, and medicine.

The thought of relying on medicine for essential things like life itself is paradoxical for some. After all, shouldn’t we as Christians rely exclusively on God as the author of life? Christian Science, for example, teaches that disease and other health crises are mental, thus calling for nonmedical intervention.1 Others believe the use of medicine is sorcery, ostensibly forbidden in Galatians 5:19–21, on the understanding that the Greek word pharmakeia connotes sorcery or spiritism and has a direct connection to the contemporary use of pharmaceuticals.

Is Pharmakeia Prohibited? It is easy to find online the idea that the use of pharmaceuticals is evil spiritism and represents a poisoning of the human body, soul, and spirit, which are created in the image of the Creator. A question worth answering is “Does Paul forbid the use of medical intervention in his litany of Galatians 5?” In verses 19–21, we read, “Now the works of the flesh are evident: sexual immorality, impurity, sensuality, idolatry, sorcery [pharmakeia], enmity, strife, jealousy, fits of anger, rivalries, dissensions, divisions, envy, drunkenness, orgies, and things like these. I warn you, as I warned you before, that those who do such things will not inherit the kingdom of God.”2 As with every biblical text, context is everything. These verses include fifteen works of the flesh that represent a deviation from the will of God. The first three in the list deal with sexual sins, while the next eight, including pharmakeia, deal broadly with worship and life in the church. The context of Paul’s usage of pharmakeia has everything to do with witchcraft or other dark magic that rivals the pure worship of God. It has nothing whatsoever to do with the use of pharmaceutical supplies. To advance the notion that Paul has in mind something akin to contemporary pharmaceuticals is to ignore the plain teaching of Scripture, which violates a fundamental hermeneutical principle.

To understand and apply the Bible to contemporary life first requires that we understand the meaning of the text to be that which the original readers understood. This is a key hermeneutical principle that preserves the original intent of any given text. The etymological similarities between the Greek pharmakeia and the contemporary English word pharmacy are undeniable. However, to read modern usage back into the original is a serious error.

To illustrate, one of Paul’s trusted co-laborers in the gospel was a physician named Luke. First-century doctors used medicine, albeit primitive.3 “Ah,” someone will say, “but in the first century, they only used natural remedies!” If that is true (a big ‘if,’ as the referenced article suggests), then there’s even less reason to find contemporary pharmaceuticals linked to Galatians 5. Rather, anti-pharmaceutical theology (anti-pharm), based largely on the bad hermeneutics of reading contemporary meaning of words back into the original, sets up an unfortunate dilemma. Either Luke, as a doctor, did not use or have access to pharmaceuticals, which would then require that Galatians 5 says nothing of medicine, or Dr. Luke administered pharmakeia, which, the argument goes, is medicine — sorcery. This highlights the problem of reading contemporary ideas back into Scripture. There is no end to destructive theology when the original teaching of Scripture is taken out of context.

Its Implications Would Lead to Absurdity. If medical treatment or the use of pharmakeia is spiritism forbidden by the New Testament, to what extent does the prohibition apply? How about surgery to set a broken finger? The anesthesia required to fix my pinky finger was surprisingly strong! Am I to believe that surgery is acceptable according to the New Testament, but the use of anesthesia is not? How about pain relievers after the surgery? What if the surgery was so severe that the only means of returning to health was prescription painkillers, some of which render a person unsafe to operate a motor vehicle? Was my wife’s recovery grounded in sinful sorcery?

Drilling deeper into the absurd, what if my eyes are so terrible that I require two sets of glasses for an ordinary day of work. One set is trifocal. The other is exclusively for reading. Suppose I had surgery to correct my vision. Does the Bible forbid me from doing so? I don’t know of anyone who believes the Bible forbids surgery (though, admittedly, someone somewhere may believe this), but I do know of arguments against the use of medical intervention when illness, as opposed to, say, broken bones or poor eyesight, is at issue.4 It’s hard to reconcile how treating a snapped finger or poor eyesight with medical intervention is permissible, while the use of medication to assist in recovery from illness is not. Anti-pharm theology falls into the category of picking and choosing our piety.

God Uses Means for the Good of His Children. Finally, and maybe most importantly, God uses means to achieve His ends. In theology, there is something called common grace. Common grace, to summarize, is the concept that God’s goodness is not limited to the redeemed but is an expression of His character to all creation. Matthew 5:45 is explicit: “He makes his sun rise on the evil and on the good, and sends rain on the just and on the unjust.” Jesus’ words recall Psalm 145:9: “The Lord is good to all and his mercy is over all that he has made.”

One implication of common grace is that He gives gifts to unbelieving people to be used according to His own sovereign purposes. That applies to all fields of study, including medicine. Common grace theology teaches that believers are meant to use and benefit from the gifts of morally acceptable medical advancement just as they are of technological, industrial, and all other advancements. God’s purposes are not thwarted, nor is His glory threatened, when we take advantage of scientific developments, again, assuming they do not infringe on biblical ethics. The proper use of pharmaceuticals certainly does not infringe on biblical ethics but rather should be viewed as the means God often chooses to bring healing.

God’s use of means is everywhere in Scripture. Rather than direct revelation, He uses the means of preachers and evangelists to win the lost (2 Tim. 4:1–2). He could have sent an ordinary missions team to bring the gospel to the island of Malta, but instead He chose the means of a storm and an endangered ship (Acts 28:1–10). He gives horses, weapons, and wisdom to gain the victory (Prov. 21:31). God uses means to achieve His sacred ends. Such is the case with medicine. He could choose immediate and supernatural healing for all people, but instead uses the means of medical and pharmaceutical advancement as an expression of His goodness and mercy over all.

Common grace is a theological paradigm badly in need of recovery and could save countless Christians from unnecessary internal conflict. The psalmist says, “Some trust in chariots and some in horses, but we trust in the name of the Lord our God” (Ps. 20:7 ESV). To this we say, “Yes and amen!” It’s a matter of primary trust. The long days and nights of my wife’s hospital stay included six major surgeries, all of which were emergency and life saving. I trusted the skill and precision of the doctors. And, yes, medicine gave me hope that my wife could recover — a recovery that had physical, emotional, and mental dimensions. But that wasn’t where my trust resided.

There has never been a season of my life when I more consciously rested in the hopes of the gospel, the victorious Christ, and the good purposes of a loving Father than the nine days of her coma. Cultivating a heart of prayer, thanksgiving, and dependence on God is essential toward glorifying our Lord in ordinary things but also in sickness and healing, even while seeking professional medical assistance.

All gifts, including healing, come from the good hand of God. As James 1:17 says, “Every good and perfect gift is from above, coming down from the father of lights, with whom there is no variation or shadow due to change.” Good medicine should be considered a good and perfect gift from above because, as John Murray notes, “it possesses the dignity of divine ordinance.”5 Therefore, good medicine and genuine faith are not in conflict when illness, treatment, and recovery are couched in the theological paradigm of common grace and received with humility and trust in God’s providential care.

It is possible for some believers to abuse the use of pharmaceuticals, especially prescription painkillers. Recent history is beset with stories of addicted men and women of God. Simultaneously, there is an apparent uptick in the commercialization of pharmaceuticals. Caution must be exercised over this sensitive subject, but what must not confuse matters is an idea that pharmaceutical assistance is inherently sinful. Hermeneutics and reason conspire to secure the freedom of believers in this area. God has been pleased, according to the counsel of His own will, to allow us to live in a time of advanced medicine, which should be considered a gift of His common grace. As my frail Greek and New Testament professor in seminary frequently cried, “Praise the Lord, and pass the medicine!” —Brian Peterson