The Juvenilization of American Christianity 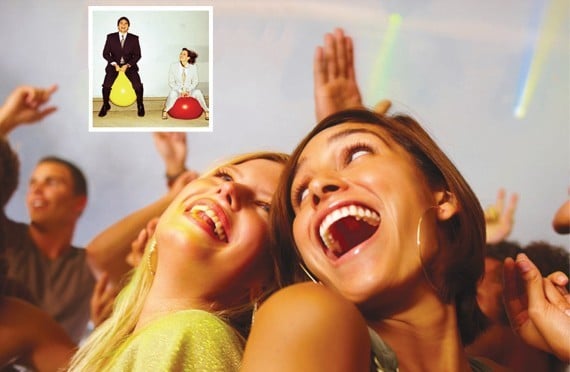 Americans of all ages are not sure they want to grow up. It is common to hear thirty-, forty-, or even fifty-year-olds say things like, “I guess I have to start thinking of myself as an adult now.” Many emerging adults ages eighteen to twenty-three want to get married and have children eventually, but they think of settling down as the end of the good part of their lives. As one young woman put it, having children would be nice someday because they are “what makes your life, like, full, after like, you are done with your life, I guess.”1 Try this experiment. Ask a group of college students to raise their hands if they think they are adults. They won’t know what to do. I can guarantee they won’t all raise their hands.

The problem goes deeper than just a fear of growing old. Early in my teaching career, I asked a group of college students, “What does a mature Christian look like? Let’s list some traits of spiritual maturity.” They disliked the question and came back with responses like these: “I don’t think we ever arrive in our spiritual growth.” “We’re not supposed to judge one another.” “No one is perfect in this life.” Sadly, these evangelical Christian college students did not think of spiritual maturity as attainable or even desirable. They wrongly equated it with an unattainable perfection.

Where did this problem of low expectations originate? Over the past seventy-five years, three factors combined to create what I call the juvenilization of American Christianity. First, new and more powerful youth cultures created distance between adults and adolescents. Second, Christians responded by creatively adapting the faith to adolescent tastes. Finally, the journey to adulthood became longer and more confusing, with maturity now just one among many options. The result was juvenilization: the process by which the religious beliefs, practices, and developmental characteristics of adolescents become accepted as appropriate for Christians of all ages.

The History of Juvenilization and Where It Went Wrong

Juvenilization often begins with good intentions, as an attempt to win young people to the faith. Many benefits have come to the church through injecting more youthfulness. Church growth, mission trips, and racial reconciliation all received a big boost from the youth ministries of the past seventy-five years. Youth ministries are crucial laboratories of innovation that at their best keep churches strong and help them adapt to the unique challenges of each generation. But history shows that making Christianity more adolescent sometimes ends badly, with too many people embracing immaturity as a lifelong way to be Christian.2

Juvenilization began in the 1930s and 1940s as Christians faced what everyone was calling the “crisis of civilization.” As they lived through the massive disruptions of the Great Depression, World War II, and the Cold War, adults feared that unless young people were saved and mobilized for Christ, American freedom and democracy might collapse. After all, Hitler and Stalin had ridden to power on the backs of fanatical youth movements. Meanwhile, the word “teenager” was being coined to describe a new group of young people who all went to high school and all participated in the same commercialized youth culture. Adults wanted teenagers to save the world. But teens had other plans. As one teenage girl put it in the 1940s, “We just want to live our own lives. We’re not in a hurry to grow up and get all serious and morbid like older people.”3

The most effective youth ministries of the 1950s fully adapted to the teenage culture of the day complete with Christian pop music, movies, games, hay rides, slapstick skits—everything that we now associate with the stereotypical youth ministry. The enduring club model of youth ministry was born in this era: a few skits, games, and upbeat songs are followed by a brief testimony or gospel presentation. The idea is to reach kids for Christ and then help them go deeper in their faith through other venues. But in many cases, the majority attends only the more superficial outreach-oriented programs. At their best, these programs provide a bridge between adolescent superficiality and mature discipleship. At their worst, they unintentionally communicate that immature faith is the best kind. Youth ministries don’t create spiritual immaturity, but sometimes they do little to overcome it.

What does juvenilized Christianity look like? The National Study of Youth and Religion calls it “moralistic, therapeutic deism.” Most American teenagers believe that God wants them to be good (moralistic) and that He is there in the background of their lives (deism) when they need Him to help them with their problems (therapeutic). Even some young people who attend church a lot describe their faith this way. In sharp contrast to other subjects they care about, American teenagers are amazingly inarticulate about their faith, probably because there is little content there.4 In short, juvenilized Christianity is self-centered, emotionally driven, and intellectually shallow. The researchers stress that moralistic, therapeutic deism is not unique to teenagers; they learn it from their parents and from society as a whole. It is the religion of American culture that has supplanted historic Christianity. I would only add that teenagers learn this deficient faith from adults because, for at least three generations now, people have been learning a shallow adolescent faith and never growing out of it.

Why do some people never grow out of spiritual adolescence? Both the journey to adulthood and the destination itself have changed significantly in recent decades. So many people are taking longer to reach the key adult transitions of getting married, settling into a career, and having children that a new life stage has been identified called emerging adulthood. Here’s how the experts describe it: “Emerging adulthood as a social fact means not making commitments, not putting down roots, not setting a definite course for the long term. It is about experimenting, exploring, experiencing, preparing, anticipating, having fun, and hopefully not screwing things up too badly in the meantime.”5

But even once the twenties are over and adulthood becomes harder and harder to escape, some people are choosing immaturity. Sociologist James Côté argues that in order to support the massive consumption that drives modern economies, North American societies have redefined the seven deadly sins into a new pleasure-focused way to be adult: “Pride has become self-esteem, individuality, and vanity; greed has been redefined as materialism; anger has been sublimated into competitiveness and drive; lust has become sexuality, sex appeal, love life, and fashion; envy is now channeled into initiative and incentive; sloth has become leisure; and gluttony is associated with the ‘good life,’ which many people seek (either through retirement or by trying to strike it rich).”6

Small wonder that Chap Clark found in his ethnographic study of a Southern California high school that adults had systematically abandoned adolescents.7 Adults absorbed with their own self-development don’t have the time or inclination to care deeply for children. Thankfully, many adults still achieve spiritual maturity. But contemporary American culture makes it harder.

What can be done to overcome the problems caused by juvenilization and the new immature adulthood? Churches need to put spiritual maturity high on their agenda. We must work together to get what we say (formal and informal teaching), what we do (modeling), and how we lead (structures of ministry) to be congruent and all pointing toward spiritual maturity.

First, Christians need to rediscover and teach what the Bible teaches about spiritual maturity, with special attention to those elements neglected by juvenilized Christians. Spiritual maturity is not only attainable in this life, it is expected after a reasonable period of growth (Heb 5:11–6:2). Spiritual maturity is desirable because it means becoming like Jesus and continually growing to know Him more (Luke 6:40; Phil. 3:7–16; Gal. 5:22–26). Immature Christians rely on works righteousness or cheap grace rather than honestly examining themselves to find out whether Christ is transforming their character to bear the fruit of the Holy Spirit. Intellectually, a mature Christian knows the basics of the faith well enough to teach them to another person, is not easily swayed by false teaching, and has good judgment (Heb. 5:11–6:2; Eph. 4:13–14). Juvenilized Christians don’t think it matters much what you believe.

Second, we need to build these elements of spiritual maturity into the culture and activities of our churches. Gather your leaders and discuss questions like these:

Then make plans and begin implementing changes. One church I know abolished “membership” and replaced it with “joining the ministry team.” They made participation in a service team or a spiritual growth group a requirement for all those who wanted to have full membership privileges in the church.

Third, reform youth ministry to take advantage of the best research on how to promote strong faith in the next generation. The longitudinal National Study of Youth and Religion has now shown that teenagers who experience the following factors will be more likely to have strong faith as emerging adults: (1) Parents say faith is very important to them and they attend church often. (2) Teen says faith is very important to him or her. (3) Teen has many religious experiences. (4) Teen frequently prays and reads Scripture. (5) Teen has many adults in religious congregation to turn to for help and support. (6) Teen has no doubts about religious beliefs (especially important for teens with less-religious parents).8

One of the most important things all Christians can do is to offer their services to help as many young people as possible receive these spiritual benefits. Churches should equip adults to walk through life with adolescents and emerging adults in meaningful spiritual mentoring relationships.9 Churches can play a crucial role as mentoring “matchmakers” between youth and adults. The Exemplary Youth Ministry Study confirmed that the strongest youth ministries in the country are the ones that foster such intergenerational relationships.10 Adults will grow toward maturity as they invest in the lives of young people. As Paul reminds us, we need each other to grow into the full measure of Christ (Eph. 4:15–17).

Thomas E. Bergler, Ph.D., is the author of The Juvenilization of American Christianity (Eerdmans, 2012). He serves as professor of ministry and missions at Huntington University where he has trained youth ministers for twelve years. He also serves as senior associate editor of The Journal of Youth Ministry, an academic journal for the study of youth ministry and youth ministry education.