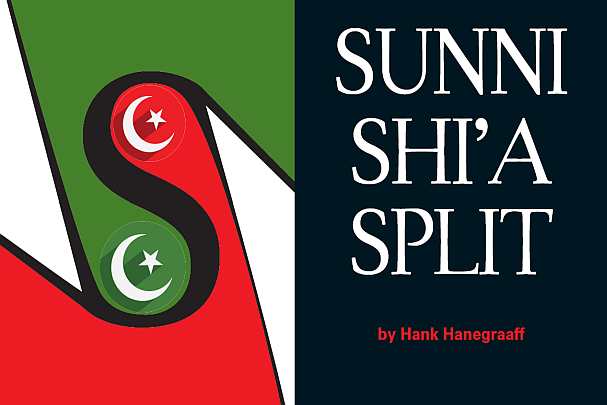 The Sunni scenario is rife with intrigue. Muhammad had just massacred the Jews of Khaybar, divided female booty among his men, and selected the most beautiful of the women for himself.1 Thereafter, the Jewess Zaynab allegedly served lamb laced with poison to him and his murderous accomplice, Bishr.2 Bishr died that day. Muhammad was not as fortunate. It allegedly took three to four years of horrific headaches and fever before the malicious mutton finally got the better of him.3 He died June 8, 632.

In the Shi’a scenario, it was two of Muhammad’s harem who conspired with their fathers to bring about the death of the prophet.4 Shiites think it utterly absurd to imagine that Muhammad would eat lamb offered up by a woman who had just witnessed the murder of her husband, father, uncle, and children. Moreover, it is hard for Shi’a intellectuals to swallow the notion that it took three or four years for the poisonous mutton to do him in. Shi’a Sheikh Yasser al-Habib cogently argues that it may have taken months but could not have taken years.

Myriad theories surround Aisha’s murderous motives. She may have been embittered by her father’s decision to marry her off to a man as old as he was, or perhaps she could no longer endure the sexual oppression of a sexagenarian. She may have been intensely jealous of Muhammad’s passion for the exquisitely beautiful Egyptian Coptic slave Maria or upset that Muhammad had accused her of adultery. Then again, the motive may have been financial — Abu Bakr and Aisha lusting after an inheritance that Muhammad had given to his daughter Fatimah and her husband Ali, who was also Muhammad’s cousin. Whatever the motive, the Shi’a are convinced Aisha murdered Muhammad, while the Sunni are persuaded that the Jewess Zaynab was ultimately responsible.

This is hugely significant in that immediately following the murder of Muhammad, a great controversy arose over who should succeed him. Those loyal to Aisha and Abu Bakr believed it should be the best representative of the Muslim community. Those loyal to Muhammad’s daughter Fatima and her husband Ali were hell-bent on the notion that it should be a blood relative. In the end, much to the chagrin of Ali, the blood relative of Muhammad, Abu Bakr succeeded Muhammad as the first rightly guided caliph of Islam.

Abu Bakr would be dead two years later (634), and Umar, father of Hafsa — Aisha’s alleged coconspirator — would succeed him as second rightly guided caliph. Umar reigned a mere decade (634–644) and Uthman, who succeeded him, a meager dozen years (644–656). Following Uthman’s murder by a group of Muslim malcontents, Ali, son-in-law of Muhammad, finally got his turn as the fourth rightly guided caliph of Islam.5 Ali would reign a scant five years (656–661) before being assassinated on the way to the mosque. Thus concluded the era of the four rightly guided caliphs in what is fondly commemorated as Islam’s greatest golden age (632–661).

In essence, then, each of the first three rightly guided caliphs was considered to be the best representative of the way (Sunna) of Muhammad; while Ali, the fourth rightly guided caliph, was finally supported (Shi’a) as the blood relative of Muhammad. The split between Sunni and Shia morphed into an unbridgeable chasm with the martyrdom of Husayn (680) — son of Ali and grandson of Muhammad. Having had the temerity to oppose what he believed to be the oppressive and religiously misguided caliphate of the Umayyads and asserting his preeminence as the blood relative of the prophet, Husayn and seventy-two family and friends were martyred by an overwhelming show of Sunni military might.6

From then till now, the beheading of Husayn and company continues to be a passion motif inflaming Shi’a fury toward the Sunni as well as paving their path toward paradise. Each year on the tenth day of Muharram, the first month of the Islamic calendar, Shi’a the world over commemorate the beheading of Husayn through plays and processions and by pounding their bare backs in mournful tribute to the severed head of their beloved imam. For every tear shed, it is said that a hundred sins are forgiven. Yet with every self-flagellation, the divide between Shi’a and Sunni deepens.

Due to reverential awe for Ali and Husayn, Shi’a Islam regards the imams that followed these iconic men to be infallible interpreters of hidden meanings embedded in the text of the Qur’an. By contrast, in Sunni Islam, the imam is less like a pope and more akin to a parish priest. The majority faction within the Shi’a sect are called Twelvers in that they acknowledge twelve historical imams, the last of whom they believe went into a state of hiddenness in the year 873; while another faction dubbed Seveners await the return of a seventh imam variously believed to be either Musa or his brother Ismail.

Shi’a believe that when the Mahdi — either the twelfth or seventh imam — emerges from his hiddenness (occultation), he will uproot the religions of the world. He will destroy the Antichrist and establish sharia as the undisputed universal law of humanity.7 Sunnis have a very different perspective on the matter. In their view, there is an end-time Messianic Mahdi who, unlike the Shi’a Mahdi, is not presently in occultation. While this Mahdi figures prominently into Sunni eschatology, it is Jesus who will return and usher in the longawaited messianic age.8 “Allah’s Apostle said, ‘The Hour will not be established until the Son of Mary (i.e., Jesus) descends amongst you as a just ruler. He will break the cross, kill the pigs, and abolish the Jizya tax. Money will be in abundance so that nobody will accept it (as charitable gifts).”9

We should also note that while Sunni Islam has four schools of sharia — Hanafi, Hanbali, Maliki, and Shafii — Shi’a has only one, Jafari. Other differences include the Sunnis’ belief that the Qur’an is eternal and uncreated, in contrast to the Shi’a belief that the Qur’an is temporal and created;10 Sunnis are more geared toward predestinarianism, while the Shi’a hold more closely to a freedom of the will perspective;11 and while Sunnis forbid pictures in mosques, Shi’a mosques are replete with pictures of holy places and holy people, most notably Ali, Husayn, and Muhammad.12

In terms of numbers, of the one billion, six hundred million Muslims in the world, Sunnis constitute the clear majority — in the vicinity of 80 to 90 percent. The ten countries with the largest Muslim populations are by number Indonesia, India, Pakistan, Bangladesh, Nigeria, Egypt, Iran, Turkey, Algeria, and Morocco. Shi’a have a majority in only four countries: Iran, Azerbaijan (former Soviet Republic), Bahrain, and Iraq.13 If there is a kernel of hope for reunification amongst Sunni and Shi’a, it is found in the longing for the return of either Jesus or the Mahdi as a catalyst for bringing the whole of humanity into Dar al-Islam (House of Islam).

Hank Hanegraaff is president of the Christian Research Institute and host of the Bible Answer Man daily broadcast. Hank has authored more than twenty books, including The Complete Bible Answer Book — Collector’s Edition, Revised and Updated (Thomas Nelson, 2016) and the forthcoming M-U-S-L-I-M: What You Need to Know about the World’s Fastest Growing Religion (Thomas Nelson, 2017), from which this article is excerpted.