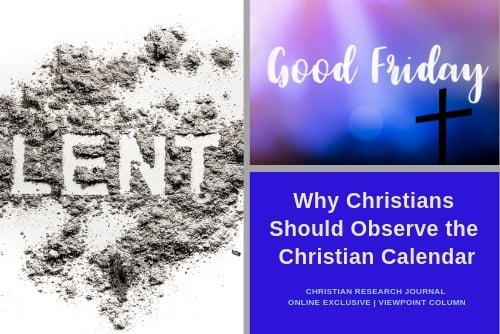 I was born and raised in North Carolina in a typical Southern family. We drank sweet tea, ate lots of fried chicken, and used “y’all” when addressing two or more people. Now that I’ve lived in northern New England for the last five years, my Southern accent has begun to wane, slowly and almost imperceptibly (though talking to my dad on the phone briefly revives the accent).

God made me to be impressionable; He made all of us impressionable. Being impressionable is not a characteristic exclusive to the young or ignorant. A classic example of this is Charles Darwin, who in his autobiography acknowledges openly that the massive amount of time he spent studying nature and the laws of science led to the atrophy of his appreciation for beauty.1 Today, contemporary studies are revealing that the ubiquitous practice of screen reading is having a similar effect on many people.2

God made us to be impressionable. Scripture teaches that we become like the things we behold (see, e.g., 2 Cor. 3:18).3 The things we consistently give ourselves to are the things that will shape our minds and desires. Being pliable is not something that we can change, nor should we attempt to. If we want to be the people God calls us to be as Christians, our first strategy should not be to steel ourselves against change but rather to embrace the malleable nature that God has given to us and seek to develop healthy habits and shaping influences.

Healthy Shaping Influences. While there are many potentially healthy shaping influences we could discuss here, my main purpose in this brief article is to recommend one of the great shaping influences neglected by many Christians today: the Christian calendar. A 2016 survey done by LifeWay Research reveals that fewer than three in ten American evangelicals observe Lent (28 percent).4 Even 40 percent of Roman Catholics surveyed said they did not observe Lent. This general neglect of observing the Christian calendar is lamentable.

God desires that His people be conformed to the image of Christ (Rom. 8:29) and not to that of the world (Rom. 12:2). How we mark and fill our time is a significant shaping influence that can aid us in this process of growth in Christlikeness.

Anglican Priest Tish Harrison Warren, in her helpful book Liturgy of the Ordinary, shares about how she made a small shift in her morning routine a few years ago during the season of Lent that proved to be transforming. She decided to exchange the habit of waking up and immediately checking her phone while still in bed (what she calls going for her “digital caffeine”) for making her bed. She would then sit on the freshly made bed for a few minutes in silence. She writes of the impact this small change made:

I’d cultivated a habit, from the first conscious moments of my day, of being entertained, informed, and stimulated. My brain would dart quickly from stimulus to stimulus, unable to focus, unable to lie fallow. Making my bed and sitting in silence for just a few minutes reminded me that what is most real and significant in my day is not what is loudest, flashiest, or most entertaining. It is in the repetitive and the mundane that I begin to learn to love, to listen, to pay attention to God and to those around me.5

Small changes in routine, what we might call micro changes, make sense to Christians of all stripes. Even evangelicals who are wary of tradition and formalism are not afraid to build into their regular routine a measure of Bible reading, prayer, family worship, church attendance, and maybe even some fasting from time to time. But when we zoom out from the micro disciplines and begin to discuss the idea of macro disciplines, such as following the Christian calendar, many evangelicals will balk.

It is likely that this hesitation is a remnant left behind by the protest the Reformers made some 500 years ago against all forms of Roman Catholic ritualism. Take the sausage controversy during Lent in Zwingli’s Zurich as just one example.6

As an evangelical, Reformed pastor, I’m sympathetic to this hesitation, however, I wonder if this protest in the name of personal freedom is one we still need to be making today? In sixteenth-century Europe, the Reformers found themselves in a drastically different context — one in which the Roman Church and tradition had placed a burdensome, legalistic yoke on the neck of all believers. Today in the West, the direct opposite is the case — we live in an era of license. In this milieu, I believe that observing the Christian calendar can be a healthy check (or protest) against the cultural forces of licentiousness we find all around us.

Revealing Our Deepest Commitments. Many Christians today order their lives in basically the same way our pagan neighbors do. They work five or six days a week, take a break on Sunday (maybe), plan a yearly vacation, and then observe the standard national holidays. At a glance, there is nothing notably different about this routine from the routine of our unbelieving neighbors. But as Christians, should we not mark our time differently? Should not our approach to our schedule reflect our commitment to Jesus Christ above all else?

The biblical mandate for a day of rest is a helpful illustration of how time marking can be a significant way of setting ourselves apart from the world. Israel’s resting was a “sign” of their covenant with God (Exod. 31:12–17); as they imitated God’s resting on the Sabbath, they were enfleshing His rest and making it visible to all (Gen. 2:3). Christians continued the practice of a day of rest in the New Testament but changed the day to the first day of the week (see Acts 20:7; 1 Cor. 16:2) to demarcate themselves from the Jews and to proclaim Christ’s victory over sin and death in the resurrection (John 20:1). For both groups, time was to be a place where God staked His claim on their lives for all to see.

How then should we mark our time?

There are several major movements in the work of redemption that Christians should be mindful of in their yearly observances of the calendar. Christians would do well to remember that there was a time when Christ was yet to be revealed (Advent), the time when Christ was born (Christmas), the revelation that this event was not for the Jews only (Epiphany), the reality that Christ came to suffer and carry a cross (Lent), the victory of Jesus over death in the resurrection (Easter), and finally, the precious gift of the Holy Spirit and the call to go to all nations and preach the gospel (Pentecost). In observing these six seasons, Christians may move beyond a mere mechanistic understanding of time as something ordered by the movement of heavenly bodies and move into an experience year after year of the flow of redemption as God sovereignly ordered it in our time and space.

Worshipping with the Whole Person. The Heidelberg Catechism states in its opening line: “I am not my own, but belong both body and soul to my faithful savior Jesus Christ.”

We not only belong to Jesus body and soul but also worship Him in body and soul. The greatest commandment is something involving the entire body (Mark 12:28–34). As a person that is both body and spirit, I need reminders of God’s activity and character that speak to both my body and my spirit. The sacraments of Baptism and the Lord’s Supper are tangible proclamations that are felt both in spirit and in body. As mentioned above, Sabbath-keeping was to be a kind of imitation of God’s activity (or lack of activity). This obedience was not merely cognitive or internal but a bodily experience that was to be felt and acted out repeatedly.

Keeping the church calendar year after year can bring the story of redemption into our time and space and can serve as another helpful means of speaking to our whole person. As an embodied spirit, I don’t merely need to be told to “wait upon God,” I need to feel and re-enact the waiting upon the fulfillment of promises made by God, as we do in Advent. I need to be reminded that just as God proved faithful to send Christ the first time, He will be faithful to come again. I don’t merely need to be told that “Christ was born,” I need to see it and relive it in our annual Christmas Pageant. During the season of Epiphany, I don’t merely need to be told that God made room for the Gentiles that came from the East; I need to practice hospitality actively with my neighbors. With the coming of Lent, it is not enough to merely recognize that Christ went through His ordeal in the wilderness with Satan for forty days. If we truly long to understand some of what our precious Savior experienced, we too must deny ourselves some of what is needful and draw nearer to our suffering Lord. During Easter, we are not merely told to celebrate; we actively rejoice by bringing spring flowers to church, adorning the empty cross, baptizing those that have been born again, and bringing food to our potlucks. Finally, during the lengthy season of Pentecost, we need more than reminders that the Spirit of God fell upon the early disciples and led them from Jerusalem to the ends of the earth — we need to go.  —Josh A. Moore