Atheism and the Burden of Proof 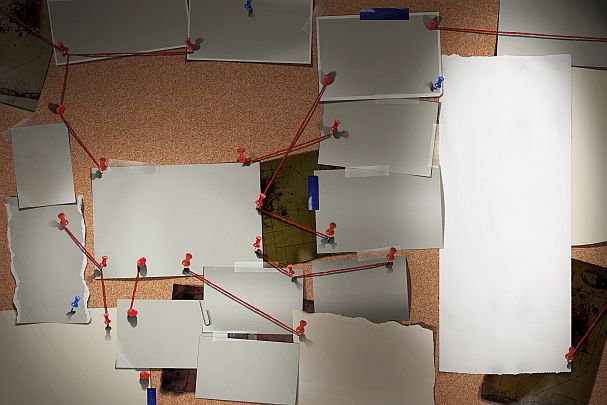 It’s not uncommon to hear skeptics claim that the burden of proof is on the person making a claim. Atheists argue that because they don’t make any positive claims but rather simply fail to affirm the existence of God, they bear no burden of proof. The theist is the one making a claim that God exists, so he does bear such a burden, they say. I think this line of argumentation is faulty. Atheism is not simply the absence of belief; it does involve making claims. Moreover, the burden of proof is not always on the person who makes a claim.

Atheism Defined. Is atheism correctly defined as an absence of belief in God? The American Atheists Association (AAA) contends, “Atheism is not an affirmative belief that there is no god nor does it answer any other question about what a person believes. It is simply a rejection of the assertion that there are gods. Atheism is too often defined incorrectly as a belief system. To be clear: Atheism is not a disbelief in gods or a denial of gods; it is a lack of belief in gods” (emphasis in original).1

There are several problems here. First, this definition is contrary to the way the term atheism historically has been used in philosophical discussions about God’s existence. Philosopher William Rowe states, “To be an atheist in the broad sense is to deny the existence of any sort of divine being.”2 Similarly, Graham Oppy writes, “Atheism says that there are no gods.”3 J. J. C. Smart concurs: “‘Atheism’ means the negation of theism, the denial of the existence of God.”4 Paul Draper states that atheism is “best understood in philosophy as the metaphysical claim that God does not exist.”5 And J. L. Schellenberg defends a similar definition of atheism “understood as disbelief of traditional theism.”6 Even the AAA partially concedes when it says, “Older dictionaries define atheism as ‘a belief that there is no God.’” However, the AAA’s statement then dismisses this idea by suggesting “theistic influence taints these definitions.”7 Yet the above quotes aren’t from outdated dictionaries; they are from contemporary publications. Nor do any of them come from theists; they are the definitions given by today’s most prominent critics of theism. The leading critics of theism and defenders of atheism currently define atheism as the belief that there is no God.

The attempt to redefine atheism so that it refers merely to the absence of belief in God has origins in a 1972 article by Antony Flew entitled “The Presumption of Atheism.” Flew candidly admitted he was using the term atheism in an unusual way — “against established common usage.”8 Flew did so precisely so that he could defend the contention that “the debate about the existence of God should properly begin from a presumption of atheism” and “that the onus of proof must lie on the theist.”9 It is, therefore, inaccurate for the AAA to assert the definition it cites is correct and chalk the contrary use up to theistic bias. Rather, the definition the AAA offers is a deliberate redefinition designed to foist the burden of proof on its opponents.

Second, there are problems with this redefinition. It would have infants, cats, dogs, or even a brick wall count as atheists because none of these things has a belief in God. Similarly, the redefinition fails to distinguish atheism from agnosticism.10

Let me elaborate on this last point. An agnostic is someone who neither affirms nor denies the existence of God, in contrast to theists, who affirm God exists, and atheists, who deny that God exists. Agnostics contend that the evidence for God is inconclusive either way, so people should suspend judgment. Denying that God exists and suspending judgment on the question are two different stances concerning the question of God’s existence. However, defining atheism merely as the absence of belief conflates them because an agnostic neither denies nor affirms the existence of God. Consequently, the agnostic would be considered an atheist by the standards of the proposed redefinition of the term.

Again, the AAA attempts to circumvent this by stating, “Agnostic isn’t just a ‘weaker’ version of being an atheist. It answers a different question. Atheism is about what you believe. Agnosticism is about what you know.”11 The problem here is that they have said that atheism isn’t a belief and it doesn’t answer any other question about what a person believes. Contrary to its protests, the definition of atheism that the AAA offers does entail that agnostics are atheists, for unless an agnostic believes in God, and hence is a theist, he lacks belief in God. A person who neither affirms nor denies a proposition doesn’t affirm it.

Third, the claim that atheism makes no claims is contradicted by things stated elsewhere on the same website as various stances they, as atheists, wish to take and support. Consider what is said about the constitutional protection atheists are granted under the First Amendment: “Atheism is not a religion, but it does ‘take[ ] a position on religion, the existence and importance of a supreme being, and a code of ethics.’ For that reason, it qualifies as a religion for the purpose of First Amendment protection.”12 To justify this conclusion, the author cites Kaufman v. McCaughtry, in which the court ruled:

Without venturing too far into the realm of the philosophical, we have suggested in the past that when a person sincerely holds beliefs dealing with issues of “ultimate concern” that for her occupy a “place parallel to that filled by God in traditionally religious persons,” those beliefs represent her religion.…(“If we think of religion as taking a position on divinity, then atheism is indeed a form of religion.”). Kaufman claims that his atheist beliefs play a central role in his life, and the defendants do not dispute that his beliefs are deeply and sincerely held.…Atheism is, among other things, a school of thought that takes a position on religion, the existence and importance of a supreme being, and a code of ethics. As such, we are satisfied that it qualifies as Kaufman’s religion for purposes of the First Amendment claims he is attempting to raise.13

What happened to the assurance that “atheism is not an affirmative belief that there is no god nor does it answer any other question about what a person believes”? (emphasis added).14 Suddenly atheism involves a series of “sincerely held beliefs” composing a “school of thought” dealing with issues of “ultimate concern” that takes a stance on the existence of a supreme being, a code of ethics, and the importance of religion. Atheism is not simply a lack of belief, and it appears the AAA is speaking with a forked tongue.

Burden of Proof. This brings me to the other assumption that the burden of proof is on the person who makes a claim. This, too, is incorrect, for at least three reasons.

First, it leads to vicious infinite regress. Philosopher Roy Clouser summarizes the problem succinctly: “If everything needed to be proven, then the premises of every proof would also need to be proven. But if you needed to prove the premises of every proof, you would then need a proof for your proof, and a proof for your proof of your proof, and so on — forever. Thus, it makes no sense to demand that everything be proven because an infinite regress of proofs is impossible” (emphasis in original).15 You simply cannot demand proof for everything you believe. If you are to rationally believe anything at all, eventually you’ll have to believe some claims without such proof.

Second, there are many things we do believe quite rationally that we cannot prove. Take basic moral claims, for example, such as “It’s wrong to inflict pain on people for no reason.” This seems rational and sensible, but I doubt I could prove it without assuming some more basic moral claim on which it is based. Or consider obvious beliefs that “other people exist” or “there is a real world independent of my senses.” If I affirm any of these things, I am making a claim, yet they are all things that can’t be proved. We do not seriously think that the default position of a rational person is to disbelieve these things until whomever affirmed them could prove the claims.

The bottom line is that the claim that theists bear the burden of proof because they are making a positive claim and that the denial of positive claims is the default position until proven is a problematic claim. —Matthew Flannagan

Matthew Flannagan (PhD, University of Otago) is a theologian and ethicist who teaches at St. Peters College in Auckland. He is the coauthor of Did God Really Command Genocide? Coming to Terms with the Justice of God (Baker, 2014).