Breaking The Silence: Why This Book? 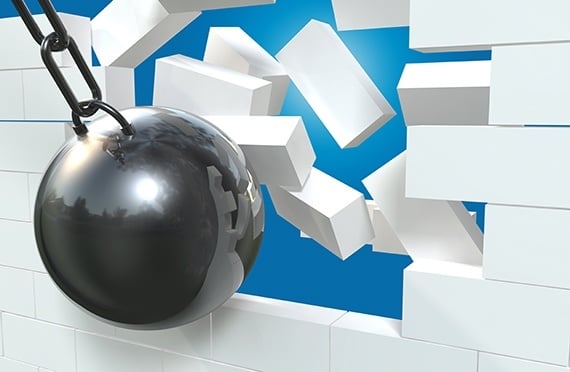 INTRODUCTION:
WHY THIS BOOK?

As I’ve done different searches on the Internet, one thing that never ceases to amaze me is how many people seem to think it is their God-given duty to set themselves up as judge, jury and executioner of those doing public work throughout the body of Christ and presuming they have all of the facts. A dangerous practice. I wish someone would write a book condemning it. “The first to present his case seems right, til another comes forward and questions him.” Proverbs 18:17 (NIV).—Cindee Martin Morgan

Over the past thirteen years the integrity of the Christian Research Institute (CRI) and its president, Hank Hanegraaff, have been subjected to sustained Internet, media, and word-of-mouth attacks that have largely become the mission of one man: William M. “Bill” Alnor.[1] With a few exceptions it has been the policy of CRI not to respond publicly to the accusations of Alnor and those who are working with him. It was our experience that if we wrote one thousand words in our defense, they would write ten thousand words to try to rebut our defense, and then we would need to answer the new allegations in their rebuttals, and so on. We found ourselves being diverted from our calling to defend the gospel into the infinitely less fruitful and meaningful activity of defending ourselves. We therefore kept busy doing the work to which we were called and hoped that eventually our antagonists would find something more constructive to do. Many of them did, but Alnor has proven to be a man obsessed.

It truly seems to be Alnor’s life mission to destroy the reputation of Hank Hanegraaff and to bring down the ministry of CRI. Every few years we can expect a major new attack, either directly perpetrated by Alnor or perpetrated by others with Alnor’s clear encouragement and assistance. These attacks will usually first be launched on the Internet and then will escalate to the major Christian and secular media. To make matters worse, with few exceptions, Alnor and those working with him have been given ample room to tell their stories while CRI’s side of the story has been inadequately represented, and the words chosen by the reporters have sometimes implied guilt for CRI where no guilt had been proven.[2] The very fact that such allegations have been reported in respected news outlets such as the Los Angeles Times and Christianity Today gives them an aura of credibility, and Alnor and company have exploited this perception to the fullest advantage. While Alnor has not been successful at utterly destroying CRI, he has been successful at keeping the perception of controversy alive, and through this he has also been successful at eroding our influence in the body of Christ and our financial support.

Our decision not to respond publicly to the ongoing relentless attacks of Alnor has allowed the gradual creation of a complex body of unanswered allegations. The use of the Internet to spread and embellish these allegations has resulted in the perception for some people that “where there’s smoke there must be fire,” and our silence has been taken by some as an admission of guilt. Some time ago it reached a point where we could not possibly answer all of the allegations, there were so many. We have no expectation that the contents of this book will satisfy people with a similar mindset to Bill Alnor, but we do want to provide people of a different mindset, who have been touched by the ministry of CRI but are disturbed by some of the allegations, with enough information to see that we do have satisfying answers to them. We therefore are making available for the first time Setting the Record Straight, a document that was prepared to answer the original allegations in 1995 but never published (see appendix D). The present text will answer the most common serious allegations that appeared after the preparation of the 1995 document.

In the broader scheme of things Bill Alnor is a minor player, but in the Internet age someone sitting in the back of a trailer with a modem can succeed at redefining a ministry or a Christian leader for a vast public through a strategic use of the Worldwide Web. Now, more than ever, Christians need to learn the right questions to ask when confronted with damaging allegations made against someone whose ministry they have benefitted from and trusted.

August 25, 2010 Postscript: The main body of this work (including the text immediately above) was completed in the fall of 2008, and just as we held the 1995 document, Setting the Record Straight (appendix D in this book) back from publication, so we have done with this book, allowing ourselves as much time as needed to weigh prayerfully the matter of proceeding to publication.

In some ways the situation has changed since I began writing this book. Bill Alnor has assumed a lower profile in the battle against CRI. His Web site, which is footnoted frequently in this book, is now defunct.[3] In other, more significant respects, however, the situation has not changed. As recently as three weeks ago (on August 4, 2010), Alnor presented a paper at the annual conference of the Association for Education in Journalism and Mass Communication (AEJMC) that, as he described it to colleagues on an apologetics e-mail list, “has to do with allegations of plagiarism directed at CRI president Hank Hanegraaff in allegedly lifting materials from Jerry Lucas’s work.”[4] Furthermore, Alnor’s false and damaging allegations are as prominent as ever, whether in his own articles that are now featured on other people’s Web sites, or in newer material written by other authors who often not only repeat but embellish his errors.

While we sincerely pray for Alnor, his long and fierce opposition to a fruit-bearing Christian work has eternal consequences and continues to demand a response. Appendixes have been added to answer further allegations made by Alnor’s collaborators who have moved into the forefront of the assault on CRI.

[1] I might also mention Jackie Alnor, Bill’s wife, who has aided and abetted him throughout his campaign.

[2] A classic example of this phenomenon was the August 15, 1994 Christianity Today article by John Kennedy, “Making Radio Waves,” which included the subhead, “When Leaders Stumble” (http://www.ctlibrary.com/ct/1994/august15/4t9042.html). The examples of stumbling leaders that the article provided were the following radio hosts: (1) Darrow Parker, who resigned after confessing to “personal failure and marital infidelity,” (2) David Hocking, whose program was terminated after he admitted to “moral failure in recent months that led to sexual sin,” (3) Bob George, whose show was pulled after he “pleaded no contest to soliciting a prostitute,” and (4) Hank Hanegraaff, who, according to his accusers, “withdrew CRI from [the Evangelical Council for Financial Accountability] in 1992 so that he could keep $500,000 in book royalties from Christianity in Crisis; secretly borrowed $100,000 from CRI as a down payment for an expensive residence; and intimidated, manipulated, and fired workers without cause.” The question begs to be asked: what is wrong with this picture? Hank was lumped in with three “leaders” who had confessed to serious sexual sin, whereas his alleged improprieties were all unproven and denied by both Hank and CRI. In fact, each of these three allegations will be soundly refuted in the course of this book (see especially appendix D).

[4] From a July 30, 2010 e-mail from William Alnor to the apologetics list AR-Talk with the subject line, “AEJMC paper on Jerry Lucas/Hanegraaff plagiarism.”