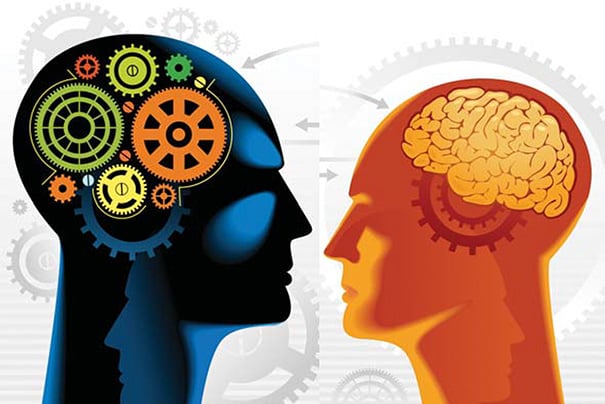 I’ll confess that I feel sorry for contemporary atheists. There was a time when “atheism” simply meant “rejecting belief in a God or gods.” Thanks to the rise of New Atheism, things are not so simple for the modern atheist. Today, the discerning skeptic can choose from a smorgasbord of brands, including antitheism, nontheism, friendly atheism, militant atheism, activist atheism, agnostic atheism, and plain old-fashioned atheism. Old-fashioned atheists are a straightforward bunch; they have rejected belief in God for emotional or intellectual reasons that they usually can articulate. Atheism is just something they happen to believe.

The newer atheists are a different kettle of fish: atheism is part of their identity, and they consider themselves part of a movement. They have arguments for atheism, but usually these have been copied and pasted from Dawkins and Hitchens and can be reduced to the length of a “tweet.” They often are passionate about their branch of “atheist movement” yet also will insist that atheism isn’t actually a belief system. In other words, their thinking tends to be a little addled, and this makes reasoning with them difficult.

So if it is difficult to be an atheist, witnessing to atheists is even more challenging. An atheist with a considered opinion can be reasoned with, but many members of the various movements have minds muddled by Internet memes and celebrity soundbites. These ideas must be untangled carefully to make progress. And, on top of all this, the atheist movement does not want for curmudgeons who simply wish to waste the Christian’s time with invective and insults. I assume that most readers of the Christian Research Journal are familiar with the best arguments for Christianity. So, in this short article, I will simply point out a method that will help you discern which atheists are open to conversation, and which are deliberately attempting to demoralize and distract you. If an atheist is genuinely open to conversation, no matter how combative that atheist is, I counsel patience and respect. Christians need to play the “long game” when witnessing to their skeptical friends. Don’t aim to win arguments; aim to sow seeds of doubt that their atheism is true, and let God give the increase.

Don’t Debate with Chat-bots. Although face-to-face contact can’t be replaced, Facebook, chatrooms, blogs, and Twitter have made it easier to start conversations with atheists. This is a God-given opportunity to reach others, but it is also an opportunity for time-wasters to soak up a Christian’s time and energy—some atheists see this as part of their “activism.” So how can you tell if your conversation is worthwhile?

I suggest you compare your conversation with “MGonz,” the legendary computer who can think. Or, to be more accurate, the computer program that can fool people into thinking that it can think. That’s no mean feat: a lot of thought and money has gone into the development of programs that simulate human conversation, or “chatbots.” These can be used to advertise goods in chat-rooms or to improve the service provided by automated customer services on websites. So every year, programmers compete to fool judges for the Loebner Prize or for the Chatterbox Challenge.

For a short period of time, a “conversation” with a chatbot can sound very human; but these programs cannot detect nuance or subtlety. Their range of response is limited by their data, so they lack creativity. A chatbot cannot be an attentive listener because no one is paying attention; it cannot elaborate on its insights because it does not have any. Eventually an attentive human interrogator will realize he is being fed a string of automated responses. Indeed, some of the best chatbots will be able to fool an expert for only about five minutes. However, in 1989, MGonz was able to fool a human subject for over an hour. Had MGonz bridged the gap between human and machine? Not at all. MGonz worked on a simple principle: don’t respond to a person when you can insult him. Most of MGonz’s one-liners are too profane to repeat—but “Ah, type something interesting or shut up,” “What sort of idiot types something like that?” and “That’s it; I’m not talking to you anymore!” are fairly representative. The program simply pours a torrent of abuse on the unwitting human at the other end of the Internet connection, who desperately defends himself from the insults. Vulgar abuse does not require thoughtfulness; in fact, it does not even require conscious thought.

MGonz and similar programs don’t fool judges during Turing tests, because they cannot respond to requests for elaboration. So why did MGonz fool an innocent user into thinking he was having a discussion with a human? Unfortunately, human beings often act and speak like mindless machines. One person throws out malicious insults while the other desperately tries to save his pride. Neither listens to the other, neither learns anything of value, and no meaningful communication occurs.

So here is advice for anyone engaged in any discussion, online or face-to-face: run an MGonz test. Check to see if your conversation partner is ignoring all your points and is merely hurling personal abuse. If he or she is simply dreaming up another ad hominem, you might as well be talking to a chatbot. Such conversations are not merely a puerile waste of time. They are profoundly dehumanizing and damaging.

When next you are subjected to an “argument” that feels like it’s strayed from a South Park script, point out that your conversation partner is acting like a chat-bot, and then directly question why he feels the need to confront you with abuse and mockery. Try to penetrate his motives. What is it about your faith that offends him so very much? What merits such ill-considered ridicule? The answers may generate a more productive discussion. But if that gets you nowhere, you may prayerfully and carefully have to consider shutting the conversation down. Don’t be afraid to choose this option; you might shame your friend into changing his behavior.

Fight Like a Farmer. One of the more appealing images in the Bible is that of the Christian soldier, fully equipped with the armor of God. Spiritual combat sounds like a thrilling and ennobling calling—largely because it is. But Scripture is not suggesting that we become competitive, brawling debaters who treat every conversation with a skeptic as a “power encounter” between the zeitgeist and the Spirit of God. The Christian is like a soldier in many ways; but we are also farmers called to sow God’s Word and nurture His flock.

The imagery is not incompatible; every farmer is fighting a long, hard battle with his fields. Soil has to be broken down, weeds removed, borders established, and pests eradicated so that seed and animals can grow. And the farmer cannot win his war without patience, endurance, and wisdom. It is in the good farmer’s nature to nurture what he plants and to trust providence; he can sow and reap, but God gives the increase.

I think the public debates of William Lane Craig, John Lennox, and other Christian apologists are helpful because they provide a neutral, nonthreatening environment for skeptics to hear the gospel and to hear some of their objections aired and answered. And, when we can, we must defend our faith from public challenges before the watching world.

But I worry that some Christians see debates as a model for all our evangelism with atheists. Some young believers think their work is done when they have “defeated” every objection their atheist friends can muster.

If you win a debate, you have proven you are good at debates. But this is a far cry from changing another person’s mind. So when you are talking to skeptics, have the patience and foresight of a farmer. Don’t try to prove the intellectual superiority of your worldview with dazzling arguments or razor-sharp proofs. Patiently and prayerfully plant seeds of doubt in the skeptic’s mind.

Question Skepticism. Sow seeds of doubt by asking questions that atheism cannot answer. If the atheist contends that science can explain the world, ask, Why do we live in a world that can be described by science? Why does nature obey laws? Why can those laws be comprehended by our minds? If the atheist condemns the wickedness of religions, ask, Who can say what is wicked if there is no “God’s-eye view” of reality? Surely everyone is rationally entitled to her own point of view in a God-less universe. If a community makes and defends its own brand of righteousness, who is to say they are truly wrong?

If the atheist complains that the injustices of the world are too terrible to tell, point out that we must then choose between despair and hope. So who has more reason for despair: the Christian or the atheist? And remind your friend that we seek more than the absence of suffering. We deeply desire significance, purpose, and worth. Who has more: the atheist, who creates his own meaning; or the disciple, who finds his life in Christ?

Nurture Trust. Most intellectual objections to the Christian faith are driven by the heart and not the head. Some atheists are bitter because a church has not responded to their needs or even attempted to answer their doubts. Others are disillusioned and jaded by a world that rarely repays kindness. So simply taking the time to respond to a skeptic is a mark of respect that may count for more than the most convincing proof. Don’t treat a skeptic as a “project” to be won over to your way of thinking, or as an opponent to be defeated in a battle of wits. Simply be her friend because it is good to be a friend; then share the gospel because that is the sort of person you are.

So have the patience of a farmer, and trust the Good Shepherd. For it is not apologists, but God, who ultimately convinces lost hearts and minds. —Graham Veale