God and the “Unreasonable Effectiveness of Mathematics” 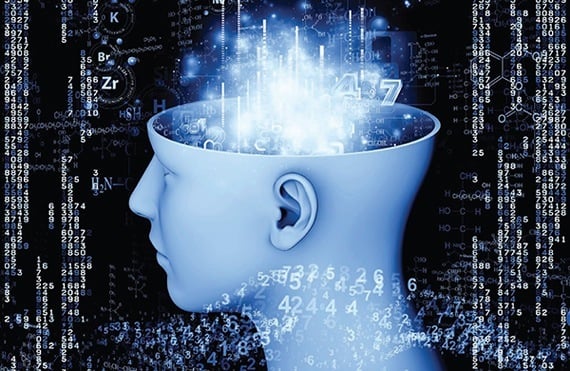 Philosophers of mathematics are sharply divided as to whether mathematical entities such as numbers, sets, functions, and so on really exist. Realists hold that such objects do exist as mind-independent, nonspatio-temporal, causally effete, abstract entities. Antirealists are united in denying that such objects actually exist.

Now one of the central questions facing realists and antirealists alike is what the physicist Eugene Wigner famously called “the unreasonable effectiveness of mathematics.”1 How is it, for example, that a mathematical theorist such as Peter Higgs can sit down at his desk and, by poring over mathematical equations, predict the existence of a fundamental particle, which thirty years later, after investing millions of dollars and thousands of workman hours, experimentalists are finally able to detect? Mathematics is the language of nature. But how is this to be explained?

Theists will have a considerably easier time answering that question than will naturalists. Theists hold that there is a personal, transcendent being (AKA God) who is the Creator and Designer of the universe. Naturalists hold that all that exists concretely is space-time and its physical contents. Now whether one is a realist or an antirealist about mathematical objects, it appears that the theist enjoys a considerable advantage over the naturalist in explaining the uncanny success of mathematics.

Consider first realism’s take on the applicability of mathematics to the world. For the nontheistic realist, the fact that physical reality behaves in line with the dictates of acausal mathematical entities existing beyond space and time is, in the words of philosopher of mathematics Mary Leng, “a happy coincidence.”2 Think about it: if, per impossibile, all the abstract objects in the mathematical realm were to disappear overnight, there would be no effect on the physical world. This is simply to reiterate that abstract objects are causally inert. The idea that realism somehow accounts for the applicability of mathematics “is actually very counterintuitive,” muses Mark Balaguer, a philosopher of mathematics. “The idea here is that in order to believe that the physical world has the nature that empirical science assigns to it, I have to believe that there are causally inert mathematical objects, existing outside of spacetime,” an idea that is inherently implausible.3

We must in my opinion begin by distinguishing between that which always is and never becomes from that which is always becoming but never is. The one is apprehensible by intelligence with the aid of reasoning, being eternally the same, the other is the object of opinion and irrational sensation, coming to be and ceasing to be, but never fully real…. Whenever, therefore, the maker of anything keeps his eye on the eternally unchanging and uses it as his pattern for the form and function of his product the result must be good; whenever he looks to something that has come to be and uses a model that has come to be, the result is not good….

If the world is beautiful and its maker good, clearly he had his eye on the eternal; if the alternative (which it is blasphemy even to mention) is true, on that which is subject to change. Clearly, of course, he had his eye on the eternal; for the world is the fairest of all things that have come into being and he is the best of causes. That being so, it must have been constructed on the pattern of what is apprehensible by reason and understanding and eternally unchanging; from which again it follows that the world is a likeness of something else….

For god’s purpose was to use as his model the highest and most completely perfect of intelligible things, and so he created a single visible living being, containing within itself all living beings of the same natural order.4

Thus, the realist who is a theist has a considerable advantage over the naturalistic realist in explaining why mathematics is so effective in describing the physical world. The main objection confronting this view is theological: the realm of mathematical objects is thought to exist independently of God, so that God is not the sole ultimate reality. Still, there are on the contemporary scene Christian realists who limit God’s creation to Plato’s realm of temporal becoming and exempt the intelligible realm from creation.5

By contrast, the theistic antirealist has a ready explanation of the applicability of mathematics to the physical world: God has created it according to a certain blueprint that He had in mind. There are any number of blueprints He might have chosen. Philosopher of mathematics Penelope Maddy observes,

Contemporary pure mathematics works in application by providing the empirical scientist with a wide range of abstract tools; the scientist uses these as models—of a cannon ball’s path or the electromagnetic field or curved spacetime—which he takes to resemble the physical phenomena in some rough ways, to depart from it in others….The applied mathematician labors to understand the idealizations, simplifications and approximations involved in these deployments of his abstract structures; he strives as best he can to show how and why a given model resembles the world closely enough for the particular purposes at hand. In all this, the scientist never asserts the existence of the abstract model; he simply holds that the world is like the model in some respects, not in others. For this, the model need only be well-described, just as one might illuminate a given social situation by comparing it to an imaginary or mythological one, marking the similarities and dissimilarities.7

On theistic antirealism the world exhibits the mathematical structure it does because God has chosen to create it according to the abstract model He had in mind.

This was the view of the first-century Jewish philosopher Philo of Alexandria, who maintained in his treatise On the Creation of the World that God’s creation of the physical world was based on a mental model. For a Jewish monotheist such as Philo, the realm of ideas does not exist, as Plato thought, independently of God but as the contents of His mind. Philo referred to the mind of God as God’s Logos (Word). The sensible world (kosmos) is made on the model of the conceptual or intelligible world that pre-exists in the Logos. Philo explains:

God, because He is God, understood in advance that a fair copy would not come into existence apart from a fair model, and that none of the objects of sense-perception would be without fault, unless it was modeled on the archetypal and intelligible idea. When he had decided to construct this visible cosmos, he first marked out the intelligible cosmos, so that he could use it as an incorporeal and most god-like paradigm and so produce the corporeal cosmos, a younger likeness of an older model, which would contain as many sense-perceptible kinds as there were intelligible kinds in that other one.

To declare or suppose that the cosmos composed of the ideas exists in some place is not permissible. How it has been constituted we will understand if we pay careful attention to an image drawn from our own world. When a city is founded…it can happen that a trained architect comes forward. Having observed both the favourable climate and location of the site, he first designs in his mind a plan of virtually all the parts of the city that is to be completed….Then, taking up the imprints of each object in his own soul like in wax, he carries around the intelligible city as an image in his head. Summoning up the images by means of his innate power of memory and engraving their features even more distinctly in his mind, he begins, like a good builder, to construct the city out of stones and timber, looking at the model and ensuring that the corporeal objects correspond to each of the incorporeal ideas.

The conception we have concerning God must be similar to this, namely that when he had decided to found the great cosmic city, he first conceived its outlines. Out of these he composed the intelligible cosmos, which served him as a model when he also completed the sense-perceptible cosmos. Just as the city that was marked out beforehand in the architect had no location outside, but had been engraved in the soul of the craftsman, in the same way the cosmos composed of the ideas would have no other place than the divine Logos who gives these (ideas) their ordered disposition. After all, what other place would there be for his powers sufficient to receive and contain, I do not speak about all of them, but just a single one of them in its unmixed state? If you would wish to use a formulation that has been stripped down to essentials, you might say that the intelligible cosmos is nothing else than the Logos of God as he is actually engaged in making the cosmos. For the intelligible city too is nothing else than the reasoning of the architect as he is actually engaged in the planning the foundation of the city.8

Especially noteworthy is Philo’s insistence that the world of ideas cannot exist anywhere but in the divine Logos. Just as the ideal architectural plan of a city exists only in the mind of the architect, so the world of ideas exists solely in the mind of God. Since Philo believed that time had a beginning at creation, the formation of the intelligible realm in the divine mind should probably be thought of as timeless and as explanatorily prior to God’s creation of the sensible realm. This is a view that continues to be popular among Christian theists.9 The theist—whether he be a realist or an antirealist about mathematical objects—has the explanatory resources to account for the mathematical structure of the physical world and, hence, for the otherwise unreasonable effectiveness of mathematics—resources that the naturalist lacks.

William Lane Craig, Ph.D., D.Theol., is research professor of philosophy at Talbot School of Theology and author or editor of several books, including Philosophical Foundations for a Christian Worldview (IVP Academic, 2003) and A Reasonable Response: Answers to Tough Questions about God, Christianity, and the Bible (Moody, 2013).