Jesus: The “Begotten” of the Father 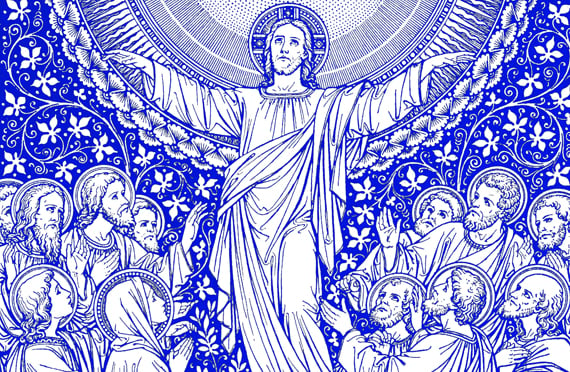 The letter to the Hebrews presents many teachings affirming the deity of Christ and His supremacy over the angels, Moses, and everything else that had come before Him.

However, after asserting that Jesus “made the worlds,” that He is “the brightness of [God’s] glory and the express image of His person,” and that He upholds “all things by the word of His power” (Heb. 1:2–3),1 this letter cites a controversial verse—at least controversial today—to prove that He is uniquely related to the Father as His Son: “For to which of the angels did He ever say: ‘You are My Son, today I have begotten You’?” (Heb. 1:5; quoting Ps. 2:7).

Certainly, Scripture never does refer to angels in this manner. However, this verse suggests to some that Jesus is “begotten” in the sense of being created and having a beginning in time. If this is the case, then He can’t be eternal, and therefore He can’t be God. This same “problem” is also reflected in perhaps the most famous New Testament verse: “For God so loved the world that He gave His only begotten [monogenes in Greek] Son, that whoever believes in Him should not perish but have everlasting life” (John 3:16).

Many cults understand this verse, and others like it, to affirm that Jesus was birthed into existence. Mormon Doctrine reads, “Christ was begotten by an Immortal Father in the same way that mortal men are begotten by mortal fathers.”2

However, this is to understand the term “begotten” with our understanding and not from the perspective of scriptural usage. Hebrews 1:5 was quoted from Psalm 2, a psalm widely regarded as messianic, even among ancient Jewish authorities: “I will declare the decree: The Lord has said to Me, ‘You are My Son; Today I have begotten You’” (Ps. 2:7).

“Begotten” must be understood in the way it was originally intended, and we can determine this by examining the context. In this context, “begotten” can’t possibly mean, “to physically birth.”3 The One who is “begotten” is being addressed. He therefore already exists, even before He is “begotten.” The verse therefore can’t mean, “The Lord has said to Me… ‘Today, I am giving birth to you.’” Instead, “begotten” must mean something else. Besides, Hebrews quotes Psalm 2:7 to prove the superiority of Christ over the angels. Reference to a physical human birth could hardly demonstrate His superiority.4

Jewish authorities likewise understand this verse in a nonliteral sense. In the commentary on the Psalms, Abraham Cohen writes that Psalm 2:7 is “to be understood in a figurative sense. On the day of his enthronement, the king was begotten of God as His servant to guide the destinies of His people. When the throne was promised to Solomon, God gave the assurance: I will be to him for a father, and he shall be to Me for a son (2 Sam. 7:14).”5 Cohen understands “begotten” to indicate that the Messiah will be exalted as king and given dominion. He justifies this figurative understanding by citing Psalm 89:27 (verse 28 in the Hebrew Bible): “Also I will make him My firstborn, the highest of the kings of the earth. My mercy I will keep for him forever, and My covenant shall stand firm with him” (Ps. 89:27–28).

God making King David His “firstborn” had nothing to do with giving birth to him, but it had everything to do with exalting him as “the highest of the kings of the earth.” We find this same figurative usage of the term for “firstborn” in a verse erroneously cited by the Jehovah’s Witnesses to prove that Jesus had a beginning in time:6 “He is the image of the invisible God, the firstborn [prototokos] over all creation. For by Him all things were created that are in heaven and that are on earth, visible and invisible, whether thrones or dominions or principalities or powers. All things were created through Him and for Him” (Col. 1:15–16).

This context, as does the context of Psalm 89, requires that “firstborn” be interpreted figuratively, as exalted “over all creation,” rather than as “physically born first.” Furthermore, He not only created “all things”—and this leaves none of the creation out of this equation, including Himself—but He also holds all things together: “And He is before all things, and in Him all things consist” (Col. 1:17). Clearly, these are descriptions that can only fit deity. Paul could hardly be teaching that our Savior had a beginning in time, while at the same time that He not only created everything, but also holds it all together. Besides, Paul then referred to Jesus as the “firstborn from the dead”: “And He is the head of the body, the church, who is the beginning, the firstborn from the dead, that in all things He may have the preeminence” (Col. 1:18).7

This obviously refers to Jesus’ resurrection, which will be followed by our own resurrection. Consequently, He has the honor and glory of being the “firstborn from the dead.” There is no possibility here of a reference to a literal birth, the beginning of existence.

Further supporting the figurative understanding of “begotten,” Hebrews leads us back to Psalm 2:7: “So also Christ did not glorify Himself to become High Priest, but it was He who said to Him: ‘You are My Son, today I have begotten You’” (Heb. 5:5).

This verse gives us what comes close to a definition of “begotten”—exalted (as high priest). There is nothing at all in this context that might associate “begotten” with a physical birth. Instead, the Father had “begotten” the “Son” to the glorious position of “High Priest.”

When God came to Abraham to test him, He asked him to make a burnt offering out of Isaac, his long-promised son. Consistent with Hebrews, Isaac is referred to as his “only” son: “Then He said, ‘Take now your son, your only son Isaac, whom you love, and go to the land of Moriah, and offer him there as a burnt offering on one of the mountains of which I shall tell you’” (Gen. 22:2).

Abraham must have also known that “only” son had a figurative meaning—the son of the promise. Otherwise, he might have proposed Ishmael instead. Isaac was the son whom he “loved.” Isaac was the one preferred over Ishmael.

However, at the last moment, God intervened and provided a ram for the offering instead of Isaac. Enigmatically, an offering had to be made. Oddly, Abraham named the mountain “The Lord will provide” instead of the more appropriate commemorative name, “The Lord has provided”: “And Abraham called the name of the place, ‘The-Lord-Will-Provide’; as it is said to this day, ‘In the Mount of the Lord it shall be provided’” (Gen. 22:14).

Yes, the Lord had already provided in the form of the ram, but apparently His provisions on Mount Moriah wouldn’t stop there. There remained the future expectation that “In the Mount of The Lord it shall be provided!”

When Jesus was arguing with the religious leadership about His identity, He claimed that those who kept His word would never see death (John 8:51), equating Himself with God. After they retorted by heaping verbal abuse on Him, He revealed that, “Your father Abraham rejoiced to see My day, and he saw it and was glad…Most assuredly, I say to you, before Abraham was, I AM” (John 8:56–58).

When did Abraham see His day? Perhaps Abraham realized that his grueling three-day journey to the distant mount was more than just a test of his obedience, that it was even more so a prophetic revelation of the Son of God’s obedience: “By Myself I have sworn, says the Lord, because you have done this thing, and have not withheld your son, your only son—blessing I will bless you” (Gen. 22:16–17).

How would God accomplish this? With an offering? Abraham had not withheld his “only” son; nor would God withhold His “only begotten son.”