Look! The Emperor Has No Clothes 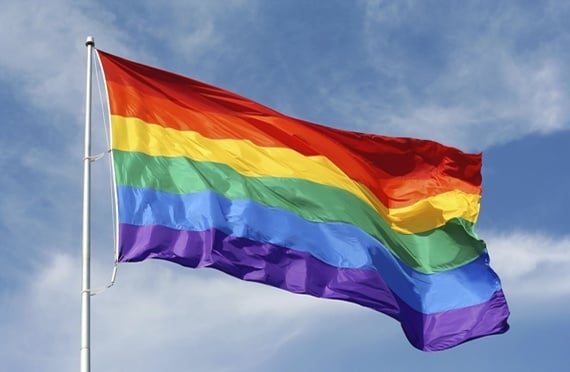 In my lifetime I have witnessed an amazing demonstration of the thesis that if advocates for a cause repeat a question-begging argument long enough the public may eventually stop asking the question and simply accept the argument. This has proven possible even if, prior to such repetition, the same proposition was profoundly unacceptable to the same people. As the cover article of this issue of the Journal may suggest, I’m speaking about the notion that discrimination of any sort regarding homosexuality is a civil rights violation no different than discrimination regarding race.

Until 1973, the American Psychiatric Association classified homosexuality as a mental disorder. In the early 1970s the majority of both the straight and gay components of society also viewed homosexuality as an abnormal sexual orientation. Christians understood gay sex to be sin. Very few people attempted to justify homosexuality from the Bible or even from nature or science. Homosexuality was largely kept “in the closet” not so much because of “homophobia” (fear of homosexuality and homosexuals) but because there was a prevailing public consensus that it represents a deviant behavior and lifestyle. A concerted, organized effort has been underway, especially since the 1970s, to change all of this and to place homosexuality on an equal footing with heterosexuality in every aspect of society. This cause is meeting with astonishing success. An eventual Supreme Court decision supporting the legality of gay marriage— which is considered a distinct possibility despite the recent net gain of one conservative justice on the Court—would likely represent the culmination of this campaign.

Gay activists have had much success in shaping the debate so that anyone who would in any way reject the practice of homosexuality is perceived as rejecting the persons of homosexuals. This is where the question begging occurs. The scientific research to date is not conclusive that some people are born homosexuals but is rather legitimately open to alter‐ native interpretations. As our article argues, the origins of sexual orientation appear to be far more complex, involving any combination of physiological, psychological, environmental, and volitional factors. As a result, many people perceive that the path to homosexuality has been carved out for them, and they simply choose to follow the path of least resistance without specifically declaring, “I think I’ll become a homosexual today.” The endlessly repeated “born gay” vs. “choosing to be gay” dichotomy therefore appears to be simplistic and misleading.

Even granting for the sake of argument that some people are born homosexuals, this would not establish, as gay advocates argue, that homosexuality is normative, healthy, or a “gift from God.” It could rather result from our living in an imperfect (fallen, from the Christian standpoint) world. When someone has congenital retinal damage, such as I do, he is still of equal value with other human beings and generally entitled to equal rights, but that doesn’t mean he can join the military (I was classified 4F) or is entitled to a pilot’s license (I need a note from my doctor just to get a driver’s license!). Why, then, should gays assume that if they were born homosexual they should be entitled to a marriage license?

Homosexual practice and the gay lifestyle deviate from widely and long‐held standards of behavior that demonstrably contribute to the spiritual, moral, psychological, relational, and physical health of individuals, families, and society as a whole.1 The burden of proof therefore has not been met that would place homo-sexuality on an equal footing with heterosexuality and legitimate a homosexual right to marriage. After all, marriage is the institution that provides the foundation for a family, and this is something that nature itself will not allow homosexual intercourse to produce.

Homosexuals are the objects of God’s love as much as anyone and deserve all of the legal protections afforded the rest of society. They deserve our empathy as much as anyone possessing an inborn or acquired disadvantage. We should support them in every way possible as they seek to bear their cross, obey God’s commands, and find whatever healing they can through a relationship with Him. This sympathy should not, however, be made a law unto itself that would eclipse the law of God. This is not only wrong but it also is not in the best interest of the people involved.

These all seem to be quite obvious points, but the cultural pressure of PC (political correctness) has forced them out of most public discourse. I believe it is not too late to turn this situation around, but people who hold to traditional values need to be much more aggressive in challenging these faulty premises and in respectfully pointing out that the Emperor has no clothes.

It is our ongoing intention that the Journal be one place where such loving confrontation happens, and so I was delighted when Joe Dallas, our “go to” author on sexuality issues, agreed to write this issue’s major feature article answering gay rights arguments. I pray that Joe’s compelling defense of traditional, biblical morality will serve as a catalyst for others to engage in the same defense elsewhere and that it will encourage and equip each of you to make a similar stand in your own spheres of influence. — Elliot Miller