Who Are the Sons of God in Genesis 6? 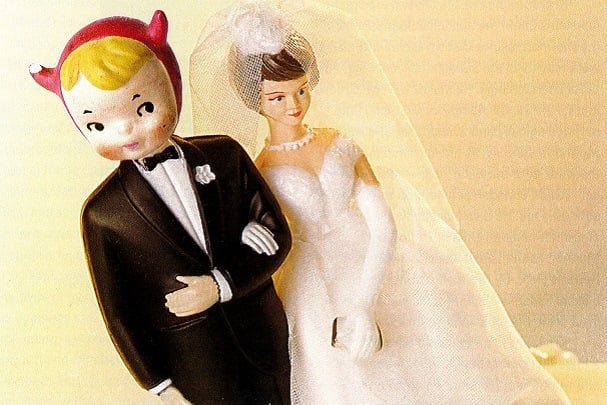 Angels View. Some interpreters claim that in the Old Testament the phrase “sons of God” always refers to angels. The phrase is used in Hosea 1:10 to refer to humans, but advocates of the angels view argue that this phrase cannot mean the same thing as it does in Genesis 6 because Hosea used the singular form of the word “God,” El, whereas the writer of Genesis 6 used the plural form, Elohim. The assumption here is that because these passages do not use precisely the same terms, they are not referring to the same thing. This assumption is incorrect, however, because different words are often used to refer to the same thing. The words El and Elohim are frequently used interchangeably in the Old Testament, and there is no doubt that both passages refer to God. It is not the case, therefore, that “sons of God” always refers to angels.

Most advocates of the angels view point to Job 1:6 and 2:1 to support their claim that “sons of God” refers to angels. They argue that since it refers to angels in Job, then it also refers to angels in Genesis 6. In this case the assumption is the opposite of the one above; that is, these passages must refer to the same thing simply because they use the same terms. This is not necessarily true, however. Words or phrases often mean different things or are used differently in different contexts. The phrase “Son of Man,” for example, refers to Ezekiel in the book of Ezekiel, but in the Gospels it refers to Jesus. One must demonstrate from the context of the passages in Genesis and Job that “sons of God” means the same thing in both passages and not simply assume this is the case because the words are the same.

Other commentators appeal to Jude 6–7 to support their contention that the “sons of God” were unfallen or heavenly angels who then fell because they had sexual relations with female humans. They argue that Jude compared the prideful fallen angels to the sexually immoral people of Sodom and Gomorrah. The problem with this assertion is that it assumes what it must prove. Proponents of this argument use their interpretation of Genesis 6 to understand Jude, and then use their understanding of Jude to support their interpretation of Genesis 6. This is circular reasoning.

The angels view also assumes that angels can have sexual relations with female humans. Bruce Waltke points out, however, “This interpretation…contradicts Jesus’ statement that angels do not marry (Matt. 22:30; Mark 12:25). It is one thing for angels to eat and drink (see Gen. 19:1–3), but quite another to marry and reproduce.”2 Some interpreters respond that Jesus was referring only to the marriage contract and not to the marriage bed, but this makes Jesus’ statement nonsensical in its own context. Jesus was responding to the question about having a marital relation resulting in children, and He clearly denied that heavenly angels can have sexual relations.

Other defenders respond that Jesus is referring to angels in heaven, whereas Genesis 6 is referring to fallen angels. The problem with this explanation is that prior to having sexual relations with female humans, these fallen angels must have been unfallen, heavenly angels; but Jesus said heavenly angels could not have sexual relations, and, therefore, they could not have committed the very act that is supposed to have caused them to fall. Furthermore, this view not only assumes that unfallen angels can have sexual relations with female humans but also that it is necessarily sinful. No commentator has attempted to prove this assumption.

Tyrants View. This view claims that the phrase “sons of God” in Genesis 6 refers to male humans who were possessed by demons. If the term “sons of God” does not refer to angelic beings (demons), however, then there is no reference to them in the text at all. These interpreters assume the involvement of fallen angelic beings from the angels view and smuggle this assumption into the text while eliminating the only term that could refer to them. This is called “begging the question”: the conclusion is assumed and used as part of the argument.

Line of Seth View. Assumptions are not always detrimental to an interpreter’s argument. Advocates of the line of Seth view assume that the identity of the “sons of God” in Genesis 6 should be determined from its context before appealing to Job or Jude. This view holds that the “sons of God” refers to the descendents of Seth, while the “daughters of men” refers to the descendents of Cain. In other words, the righteous line of Seth intermarried with the unrighteous line of Cain resulting in the corruption of society.

Let’s look at some arguments for this interpretation. First, several statements in Genesis about Seth’s descendants indicate that “sons of God” applies to them: they “began to call upon the name of the Lord” (4:26), “walked with God” (5:24), and “found favor in the eyes of the Lord” (6:8).

Second, Genesis 5:1–3 restates that Adam was created in God’s image and that Seth was begotten in Adam’s image. The implication is that the line of Adam through Seth constitutes the sons of God.

Third, the line of Cain is pictured in exactly the opposite light. Cain is driven out from the presence of God. Lamech, a descendent of Cain, takes two wives, contrary to the standard established in the garden. When Cain murders his brother, God confronts him with his deed; yet, when Lamech commits murder, the absence of God is painfully obvious. Cain laments that his punishment is too great to bear, but Lamech boasts that he is able to take care of himself — he doesn’t need God’s protection. The primary characterization of Cain’s line is that they were becoming increasingly separated from God.

Fourth, the writer of Genesis states that the sons of God saw that the daughters of humankind were “beautiful” (Heb. tob). This connects the daughters of humankind in 6:2 with chapter 4. There, in the genealogy of Cain, the sons of Lamech are named and something is said about each one’s impact on society; for example, Tubal-cain was the forger of all implements of bronze and iron. Tubal-cain’s sister, Naamah, is named, but nothing is said about her. This should make the reader wonder why she was mentioned at all, especially since women were viewed as lower-class citizens. Interestingly, her name means “beautiful.” This is not the same word used in 6:2, but we have already seen that passages do not need to use the same terms to be parallel.

The word tob, “beautiful” or “good,” in 6:2 sets up another connection with a statement in 3:6: “The woman saw that the tree was good [tob].” The couple in the garden fell into judgment because they took the prerogative that belongs only to God — deciding what is good. Genesis 6:2, therefore, is presented as a reenactment of the Fall. The godly line, who were supposed to walk with God, see the daughters of humankind from the ungodly line and decide for themselves that they are good.

Finally, both the angels view and the tyrants view try to explain who the “sons of God” are, but neither explains why the story was recorded in Genesis. From the context, the line of Seth view explains who these sons of God were and why the story is here. In Exodus 4:22–23, Moses’ audience, Israel, is identified by God as “My son, My first-born.” These sons of God were about to enter the Promised Land, which was populated with people who were not part of the Abrahamic covenant. God warned Israel not to take foreign wives (Deut. 7:3). This would become a recurring problem for Israel. Moses used this story in Genesis 6 to warn Israel not to abandon God’s instruction. God is the one who determines what is good, and Israel was to be on guard against the enticement of the world that would lead them away from the pure worship and dedication to the God of Israel.

1. All Scripture quotations are from the New American Standard Version.