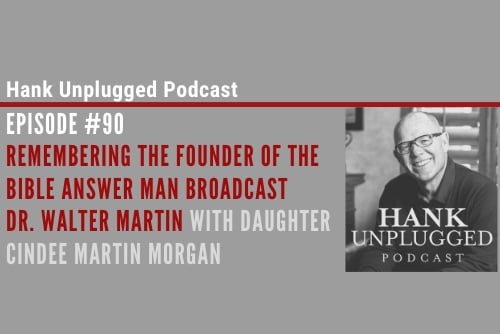 Cindee Martin Morgan is the daughter of the late Dr. Walter Martin, who was the founder and former president of the Christian Research Institute, and the original Bible Answer Man. On this episode of Hank Unplugged she joins Hank for a conversation on her new book on the history of the Christian Research Institute, the Bible Answer Man broadcast and the man who founded both, her father Dr. Walter Martin.