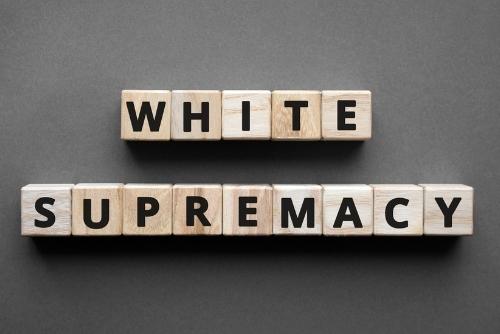 Was Charles Darwin a racist? Does it even matter? The answer to both questions is a resound yes. According to Richard Weikart, Darwinian evolution influenced Hitler and the Nazis propagated evolutionary theory. Inspired by Darwin, the Nazis viewed the “Nordic race” as superior to other races and set about advancing human evolution by ridding the world of “inferior” races and individuals. But this isn’t just a problem from the past, which is why Richard Weikart joined Hank Hanegraaff for this harmful history lesson of Darwinian racism to remind us that “those that fail to learn from history are doomed to repeat it.”

Topics discussed include: Groupthink and the collective embrace of eugenics (0:20); was Charles Darwin a racist? (5:20); how Darwinism influenced eugenics (6:30); was racism fundamental to Darwin’s theory of evolution? (10:25); given what he said about women and different races, why hasn’t woke culture turned on Charles Darwin? (14:05); the impact of Ernst Haeckel’s drawings on education and evolution (15:55); what were Adolf Hitler’s religious beliefs? Was Hitler a Christian? (19:25); Karl Marx hated religion—how could some liberal Christians love the ideology of Marx? (22:50); the difference between Marxism and Nazism (24:55); the moral implications of Darwinism (25:55); parallels between Nazi Germany and modern American woke culture (32:45); Hitler and Nordic Racism (36:15); climate change from a historical perspective (38:15); problems with calls to “follow the science” (44:00); what is hard heredity and how did it influence Hitler? (50:00); is Darwin’s evolutionary theory compatible with Christianity? (51:50); Darwinism, Neo-Nazism and White Nationalism (55:40); increasing support for infanticide and suicide as a sign of moral progress—but can you have moral progress without objective morality? (1:01:10); do humans have value without the existence of God? (1:04:40).