Finitude and Freedom in Blade Runner 2049 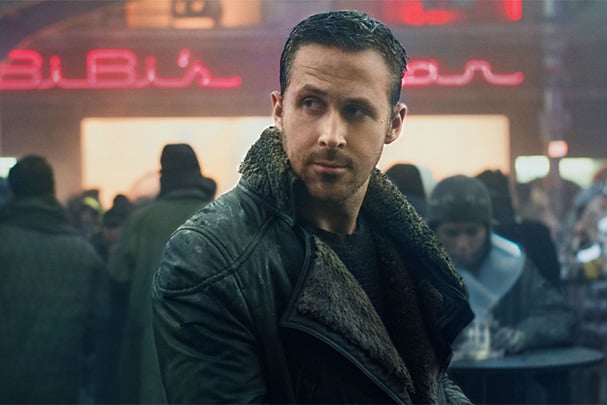 The new film Blade Runner 2049 is a sequel to the sci-fi classic Blade Runner by director Ridley Scott. Blade Runner imagines a world in the near future where artificially bioengineered humanoids called “replicants” are used as slave labor. In that film, Harrison Ford plays a Deckard, a police officer called a “blade runner” charged with hunting down and “retiring” (killing) escaped replicants. Blade Runner 2049 picks up thirty years later with Ryan Gosling as a blade runner, with a twist: this time, the hunter is himself a replicant. Known only by the serial number KD9-3.7 (or K for short), he is part of a new generation of artificial people designed to “obey” their masters, unlike the old rebellious versions he hunts down.

The new film perfectly captures the look and feel of the original film, while expanding the world Scott created in 1982. Blade Runner 2049 is just as beautifully filmed and just as slow and moody as the original, but whereas Blade Runner limited itself to the dense techno-metropolis of futuristic Los Angeles, 2049 gets outside the city. We see California farmland (mostly dirt where worms are grown for protein), a huge garbage dump, and the ruined wasteland of postapocalyptic Las Vegas. Moreover, 2049 expands the philosophical landscape of the original film as well. There is more explicitly religiously and philosophically loaded dialogue, contributing to an extended running time (forty-five minutes longer than the original).

The Human Condition. Because Blade Runner is about artificially intelligent beings, the film raises questions about the boundaries of human personhood. What makes something a “person” with moral status? Typically we think of persons as sentient and conscious beings, but could artificially intelligent machines ever become conscious? These are interesting and important questions raised by Blade Runner and the film’s source material, a novel by Philip K. Dick called Do Androids Dream of Electric Sheep? Dick was very much interested in the questions of artificial intelligence and personal identity, but I’m not sure Ridley Scott was. Scott’s film seems to downplay many of these scientific issues in favor of a more existentialist approach to the human condition.

In Blade Runner, the human condition is defined by its finitude. All men are mortal, and our mortality constitutes our way of being in the world. This is one of the fundamental principles of existentialism, as developed by twentieth-century philosophers such as Martin Heidegger, Jean-Paul Sartre, and Albert Camus. These thinkers argued that our finitude actually makes human life meaningful by limiting our choices. If we live forever, then eventually we can do everything, and none of our choices have any significance. If, on the other hand, every choice necessarily involves rejecting certain possibilities, then choices take on a life-defining meaning. Like the replicants of the original Blade Runner whose lifespan was artificially limited, we all want to live longer, but existentialism argues that a longer life would not necessarily be more meaningful. Instead, we need to learn to make the most of the time we have. Indeed, existentialism holds that this ability to make choices, and thereby to limit our life to a definite shape, is precisely what makes us human. Whereas Dick’s novel focuses primarily on the theme of empathy, arguing that the capacity for emotional connection with others is what makes us human, Blade Runner emphasizes mortality as the essence of the human condition.

Existence Precedes Essence. 2049 expands on Blade Runner’s existentialist theme of mortality, exploring the idea of “a good death” and suggesting that, as one replicant says in the film, “dying for the right cause is the most human thing we can do.” The idea here is that being human is not a given; it is an achievement. We become human through the choices we make, what we choose to live for, and what we choose to die for. To avoid spoilers, let me simply say that this is how I read the ending of 2049: one character achieves humanity through choosing a sacrificial death.

Here we see the importance of the existentialist theme of freedom. Existentialism holds that for human beings, “existence precedes essence.” This means that what we are (our “essence”) is determined by how we choose to live (our “existence”). Human beings, unlike other things, have the freedom to choose what we will be. A machine, for example, is just what it is. Its essence is determined by its creator, and it cannot do anything other than what it is made to do. Like K and the other new model replicants, machines simply obey. Toasters can’t do anything but make toast. Human beings, on the other hand, have the freedom to choose. This is true, even from a Christian perspective. We affirm that we were created by God and called to obey His plan for our lives, but we also believe that God has given us the freedom to choose whether to obey Him or not. Indeed, as Christian philosopher (and proto-existentialist) Blaise Pascal emphasized, human beings must choose, because not choosing to follow Christ is effectively the same as choosing not to follow Christ.

The theme of freedom and choice is not addressed in the original Blade Runner, but it takes center stage in 2049. Where the replicants in the first film are seeking ways to extend their lifespan and to overcome mortality, the replicants in 2049 want freedom from slavery to their human masters.

Freedom to Love and Be Loved. The theme of freedom also connects with the film’s other central theme: the need to be loved and to have companionship, even offspring. If we are programmed to love, the film asks, then does that count as true love? At one point in the film, the characters hear the Elvis Presley song “I Can’t Help Falling in Love With You,” but doesn’t meaningful companionship require a free choice? These are questions familiar to anyone who has ever wondered why God would have put a forbidden fruit in the Garden of Eden. The most common answer (expressed by C. S. Lewis, among others) is that God gave us a choice because He wanted to create free creatures with whom He could have a genuine relationship, not simply mechanical obedience. Blade Runner 2049 approaches these ideas from the other direction: if there were creatures who could not choose, then could they ever truly love? And, if not, then could they ever have a meaningful life? Could they ever have anything worth dying for?

At one point in 2049, the police lieutenant orders K to kill someone, and he hesitates. “Are you telling me no?” she asks him. “I wasn’t aware that was an option, ma’am,” he replies. The film is his gradual realization that disobedience is an option, that he has the ability to make his own free choices. He wants to be loved and “desired,” to feel “special,” as his artificially intelligent computer companion Joi puts it. But Joi is just a simulation of companionship. She is programmed to treat him as special. She says, “I’m so happy when I’m with you,” and he replies, “You don’t have to say that,” knowing full well that she does have to say that, given her programming.

In the end, K is left only with the existentialist freedom to choose his own meaning in life. But is this satisfying? He still desires companionship and love, and it is not clear where he could get that from in the world of Blade Runner 2049, where the only “god” is the demonic mad scientist who builds the replicants (which he calls his “angels”). In this Nietzschean world without transcendence there are only levels of slavery: Joi is enslaved to K who is enslaved to his lieutenant who is enslaved to the corporate power structures of which she is only one cog.

Like the original Blade Runner, 2049 raises so many excellent questions. Its existentialist answers are not ultimately satisfying, but Christians will find rich material for fruitful apologetic discussions for years to come. – John McAteer