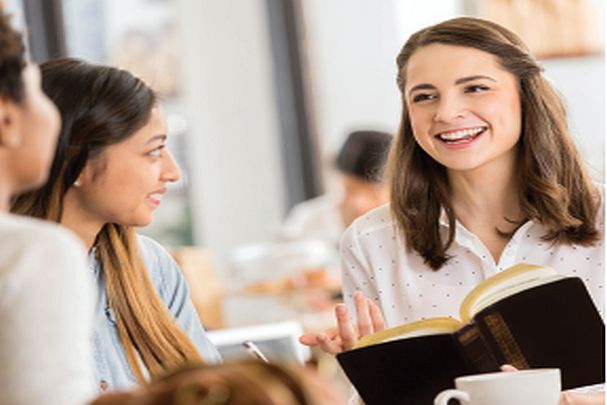 Why would a woman want to attend a session on apologetics?” I looked at my friend who had just asked me this question at a women’s conference, with no response coming to mind. I was there to teach a session on apologetics. It had never occurred to me that a person might not be interested in learning arguments for God’s existence solely because that person was female. Yet, her question reflected a pervasive view that I’ve since encountered on many occasions in the church, and still encounter: the view that women are not interested in theology, philosophy, and apologetics. To answer the question of why women should engage in apologetics, we must first look back to a few of the main reasons why we hold this misperception and then explore the very biblical and logical reasons to correct it.

Author Nancy Pearcey traces one reason back to the Industrial Revolution and the privatizing of women to the household sphere, removing a woman from her previous intellectual and economic contributions to her family and community, while simultaneously removing her husband from the home. “The loss of women’s traditional productive role placed them in a new economic dependence: Whereas the preindustrial household was maintained by an interplay of mutual services, now women’s unpaid service stood out as unique, feeding into a stereotype of women’s character as selfless and giving — or more negatively, as dependent and helpless.”1 Such a privatization also resulted in the stunting of her education, as rigorous philosophical and theological thinking were viewed as unnecessary for her role in the home.

Atheist philosopher, Arthur Schopenhauer, exemplified this belief when he argued that women fundamentally exist “solely for the propagation of the species, and find in this their entire vocation.”2 His view echoes views from the past, but was a view that found a high level of cultural acceptance in the Victorian era, with the burgeoning of the middle class in Europe. “Women are suited to being the nurses and teachers of our earliest childhood precisely because they themselves are childish, silly and shortsighted, in a word big children, their whole lives long: a kind of intermediate stage between the child and the man, who is the actual human being, ‘man.’”3

Early twentieth-century novelist and Christian thinker Dorothy Sayers, in responding to this idea of the inferiority of women (who were viewed as not even fully human), wrote the essay “Are Women Human?” “The first thing that strikes the careless observer is that women are unlike men. They are ‘the opposite sex’ — (though why ‘opposite’ I do not know; what is the ‘neighbouring sex’?). The fundamental thing is that women are more like men than anything else in the world. They are human beings.”4

As Sayers notes, women are human, and this is the starting point from which we will consider an apologetic for women in apologetics. We’ll look at three reasons for why women should engage in apologetics. (1) She is made in the image of God with rationality. (2) She is called to think critically about the faith. (3) She is likely to have relational intentionality in conversation.

Woman Is Made in the Image of God with Rationality. “So God created man in his own image, in the image of God he created him; male and female he created them” (Gen. 1:27 ESV). As being made in His image, women have the good gift of rationality and therefore can develop that gift to use for the benefit of the kingdom of God.

Jesus never denigrated a woman’s mind but rather engaged her reasoning skills. With the woman at the well in John 4:22, Jesus reasoned, “You [Samaritans] worship what you do not know; we worship what we do know, for salvation is from the Jews.” He further taught her theology: “God is spirit, and those who worship Him must worship in the spirit and truth” (John 4:24 ESV). Jesus not only transgressed the culturally normative prohibition of educating a woman but did so because of important ontological considerations. The gift of rationality is a part of who she is as a woman. To abandon a woman’s deep theological training is to deny her development in accordance with the kind of thing she is as a rational being. As with all of humanity, women are called to love the Lord with all our heart, soul, and mind (Matt. 22:37). So, women are to develop the gift of rationality in order to grow up in Christ (Eph. 4:11–15). Recall Schopenhauer’s view that women are basically big children, unable to engage at the level of thinking of men. This view should be rejected explicitly and overturned by the Christ-centered expectation of theological and philosophical training at whatever level possible for a given individual.

Women Are Called to Think Deeply about God. The Scriptures call all humans to be thoughtful about what we believe and why we believe it (1 Pet. 3:15; 2 Thess. 5:21; Acts 17:11). Yet, there is a specific example of the call to think deeply about God as it applies to women: when Mary and Martha received Jesus in their home. Martha engaged herself in good things, the preparations of hosting guests, but she made them into ultimate things by appealing to the Lord to send her sister away from His discipleship and over to help. Jesus replied that Mary has rather chosen the “one thing necessary” and that it “will not be taken away from her” (Luke 10:42 ESV). Notice that Jesus doesn’t denigrate Martha’s activities, but He reminded her that the teaching of the Lord is what is truly necessary in this life.

Further, Peter commanded believers to be prepared always to give a defense of the reason of our hope in Jesus Christ as risen from the dead (1 Pet. 3:15). “Always” implies a lifestyle of thoughtfulness and education in understanding our Lord so that we are ready to engage with those in our communities who ask about our beliefs. In the context of Peter’s admonition, we’re to be ready even in situations of hostility toward our profession of Christ. As our own culture grows more openly hostile toward traditional Christian beliefs, Christian women are called to be ready to offer the reason for their hope in Jesus.

Women have much to offer in the field of defending the faith, as do men. Yet, Christianity historically has been missing nearly half of the body of Christ in this endeavor. With many trite stereotyping ideas about the interests of women, Christian women often have been left out of engagement in the marketplace of ideas, leaving atheist women as the main female representative voice in intelligentsia. It’s time to learn from past mistakes and develop and utilize the critical thinking skills with which God has fashioned us to wage war against destructive ideologies that bring harm to His beautiful creation (2 Cor. 10:5).

Women Are Likely to Have Relational Intention. After many years of speaking at events and teaching at the university, I have found a similar theme among Christian women: relational intentionality. It feels somewhat complicit to stereotyping to suggest a unilateral gender trait after defending the overtly nongendered reasons for women engaging in apologetics. Yet, all the same, women at apologetics conferences frequently say to me, “I’m really concerned for my friend/son/daughter/spouse who has doubts about God and is close to leaving the faith.” I find more often that women have a relational purpose or end to the study of apologetics issues.5 Whatever the reasons for this phenomenon, let’s divert our attention to its benefits in building robust Christian dialogue.

Since women tend to bring a relational reasoning for their attention to apologetics, they may also seek to build common ground with those with opposing viewpoints out of concern for maintaining relationships. Such practiced armistice helps develop an atmosphere of introspection and reasoning that is waning in the hostile environment of face-saving and defensive ego-boosting in our culture of sound-bite theology and polarized viewpoints. Communications theorist Tim Muehlhoff notes, “People tend to trade only conclusions, not how the different parties arrived at their conclusions.”6 When only conclusions are traded, it is difficult to discover the developmental factors that led to the belief. To best minister to a person, we need to know why they believe something, not just what they believe.

An intentionally relational approach affords a safer emotional environment in which to explore deeply rooted influences on our beliefs. A community-building emphasis in apologetic endeavors results in more fruitful conversations and can reclaim the loss of intellectual ground within the broader postmodern culture. Christian women tend to highlight this type of relationship-building engagement in their apologetics endeavors, and all believers can benefit from this practice.

Women Should Engage in Apologetics because of Who They Are in Christ. Women are rational beings, made in the image of God, who generally bear a concerted attention to building relationships, and they are called to think critically about what they believe. These aspects of women provide grounds for their engagement in the defense of the faith, especially in a culture in which Christian views are becoming more and more marginalized. Further, women’s attention to community-building purposes can have a positive impact by reversing the societal spiral toward hostility and polarization. But the most important reason for women to engage in apologetics is because it is part of the worship of Christ, who “is all, and in all” (Col. 3:11 ESV).—Mary Jo Sharp

Mary Jo Sharp is assistant professor of apologetics at Houston Baptist University. She is the author of several books, including Why I Still Believe (Zondervan, forthcoming 2019), and Why Do You Believe That? (LifeWay, 2012).