The Menace of Modern Materialism 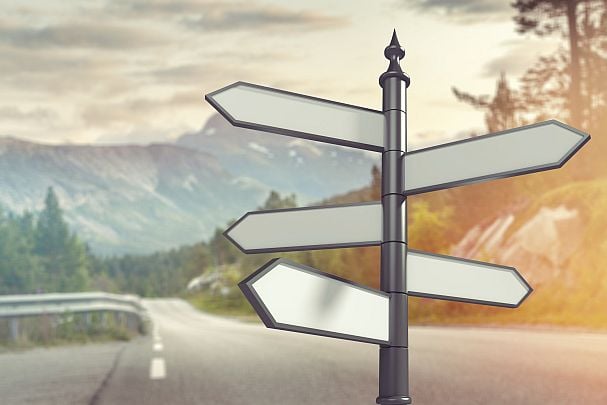 In The Atheist’s Guide to Reality, the vaunted R. Taylor Cole Professor of Philosophy at Duke University and codirector of the Duke Center for Philosophy of Biology, Alex Rosenberg, notes that “95 percent of the most distinguished scientists in America (along with their foreign associate members) don’t believe in God.”1 To Rosenberg, this spells progress because “science beats stories.”2 Stories about such things as meaning, purpose, free will, and morality. “Our core morality,” says Rosenberg, “isn’t true, right, correct, and neither is any other. Nature just seduced us into thinking it’s right.”3

In this issue’s cover article, “No Mindful Matter: The Explanatory Failure of Scientific Materialism,” Melissa Cain Travis demonstrates just how prevalent such obscurantism has become in the West. Travis cites theoretical physicist Brian Greene as a classic case in point. Greene dogmatically denounces libertarian freedom as mere illusion. To Greene, “when our particles…act, it seems to us that their collective behaviors emerge from our autonomous choices.” But reality dictates that “our thoughts and behaviors” are “fully governed by physical law.” Thus, he regards personal freedom as pure mythology — a mere “psychological mirage” (p. 10).

Greene is but one example of today’s cultural orthodoxy. Travis cites theoretical physicist Sean Carroll as another.4 In The Big Picture: On the Origins of Life, Meaning, and the Universe Itself, Carroll rationalizes the horrors of scientific determinism as “poetic naturalism” (11). We may think we have free will, but our perceptions of cognitive consciousness are reducible to chemical chimeras. Reality dictates that we are mere molecules in motion.

The implications of such scientistic subterfuge are profound. If true, Derek Chauvin cannot rightly be held accountable for the death of George Floyd because in a merely material world, Chauvin’s choices are not free — they are fatalistically determined. In such an illusory world, there is no moral difference between right and wrong. All is reducible to conditioned reflexes. In the world of scientific materialism, there is no meaning. No purpose. No immorality. No moral compass. No free will.

As I note in Truth Matters, Life Matters More, Rosenberg counsels the scientistic to “cultivate an Epicurean detachment. This is a disposition recommended by Epicurus, a Greek philosopher of the fourth century BC” who “believed that everything was basically atoms moving on determined paths forever. The physical facts, he rightly held, fix all the facts, and that made him an atheist. Epicurus held that there was nothing more to the mind than physical matter and that immortality was out of the question. He equated the morally good with pleasure and evil with pain.”5 And that’s the sum of it! If it gives you pleasure — whatever it is — it’s morally good. Pain? Pain is unredeemable.6 As for punishment, “no one does wrong freely [after all, neither Chauvin nor Floyd was capable of exercising free will], so no one should really be punished.”7 “In a world where physics fixes all the facts,” intones the famed philosopher and biologist, “it’s hard to see how there could be room for moral facts.”8

Albert Einstein was of a different persuasion. He knew better than to imbibe such imbecilic balderdash. Though he rejected the personal God of the Bible, he revered the God who gives glimpses of Himself in the library of nature.9 He saw himself as “a little child entering a huge library filled with books in many different languages. The child knows someone must have written those books. It does not know how. It does not understand the languages in which they are written. The child dimly suspects a mysterious order in the arrangement of the books but doesn’t know what it is. That, it seems to me,” said Einstein, “is the attitude of even the most intelligent human being toward God.”10

Reason requires those living in an age of scientific enlightenment to discard the “bit of dust” hypothesis. To liberate themselves from the notion that life sprang from nonlife. That the life that sprang from nonlife produced metaphysical illusions, such as mind and morals. That the universe in all of its incomprehensible magnitude is but a function of time and happenstance. And that, in the vernacular of Bill Nye, the self-proclaimed “science guy,” “I’m a speck on a speck orbiting a speck among other specks amongst still other specks in the middle of specklessness! I am insignificant! I suck.”11

The myriads who, like Nye, tout our specklessness are but “wretched flatlanders.”12 Obscurantists stuck in the psycho-epistemological cocoons of their own fundamentalism. Far from considering the possibility that they might step through the wardrobe into Narnia, they mindlessly mouth Carl Sagan’s mantra: “the Cosmos is all that is or ever was or ever will be.”13

Logic alone demonstrates that physicalism is false in that our minds and brains have different properties. As J. P. Moreland and Gary Habermas explain in Beyond Death, “the subjective texture of our conscious mental experiences — the feeling of pain, the experience of sound, the awareness of color — is different from anything that is simply physical. If the world were only made of matter, these subjective aspects of consciousness would not exist. But they do exist! So there must be more to the world than matter.”14 Indeed, a moment’s reflection is enough to convince the unindoctrinated that the experience of color involves more than a mere wavelength of light.15

Such answers are what our culture is in desperate need of. Without providing answers to the questions that incessantly pound our psyches, we are at risk. Thus, our mission at the Christian Research Institute, like the mission of the Christian Research Journal, has never been more needful: “Equipping you to exercise truth and experience life.” For as Joe Dallas poignantly points out in his article, “To the Cancel Culture: ‘We Respectfully Decline,’” caving into cultural norms that clamor for conformity is neither Christlike nor correct. What we need are cogent answers to the assertions of the culture. To “always be prepared to give an answer to everyone who asks you to give the reason for the hope that you have.” And to do so “with gentleness and respect” (1 Pet. 3:15 NIV).16 —Hank Hanegraaff